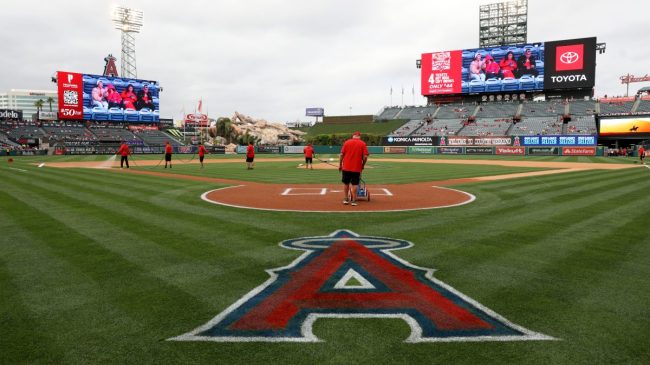 The team announced the firing of their third-year leader after just 56 games. LA currently finds itself on a 12-game losing streak. Of those losses, the Angels were favored in five contests.

The Angels have found a variety of different ways to lose games.

With the losing skid moving to a dozen on Monday, Los Angeles has seen their World Series odds fall to +2500 or 25/1 after being considered a championship contender just two weeks ago.

Despite boasting a stacked lineup that includes Shohei Ohtani, Mike Trout, and Anthony Rendon, the team is just 130-148 since 2019. Both Trout and Ohtani are currently in the AL MVP hunt.

Shohei Ohtani has the second-best odds to win AL MVP at +333, while Mike Trout is third at +400 odds.

Maddon’s subpar record includes a horrid 53-82 mark against teams that are above .500.

Those that backed the team over the last few seasons are down thousands.

A $100 bettor would have lost $1,262 on the moneyline betting every game pic.twitter.com/xt1Si2mFXK

Fans have been quick to react to Joe Maddon’s firing on social media.

Fans are letting their frustrations out online after seeing their Angels wagers continue to lose.

The angels have cost me so much at the betting booth this season. Under achieving ass team man

I’m done betting on anything with the Angels

With the news of the firing coming to light, many actually believe tonight is the night the team ends the losing streak. If you’ve been backing the Angels at all this season, you might as well give it one more go tonight.

At least that’s what #GamblingTwitter is saying.

If you’re not betting the Angels +114 ML tonight on @FDSportsbook, you’re crazy!

Betting my house on the Angels tonight

We’ll see if the streak finally comes to an end with Phil Nevin taking over the managerial role.