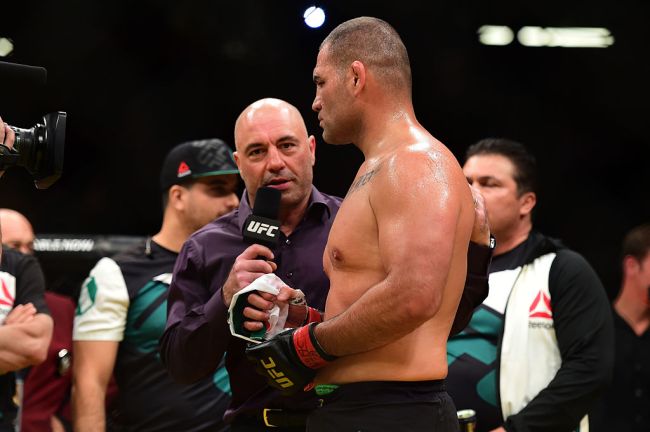 Joe Rogan has shared his thoughts on the Cain Velasquez situation.

Earlier this week, the former UFC heavyweight champion was arrested for attempted murder after he chased down a 43-year-old man for 11 miles on the road and shot at him for allegedly molesting one of his young relatives at a daycare center. Velasquez missed the man but ended up wounding the man’s stepfather, who was later transferred to the hospital with non-life-threatening injuries.

BIG UPDATE: Court docs and sources confirm that ex-UFC champ Cain Velasquez allegedly shot at a man charged with molesting his relative who is a minor; the man's stepdad was hit. The accused man was released after Friday arraignmenthttps://t.co/aWndhplyOJ@mercnews @JakobRodgers

Santa Clara County prosecutors say “his actions were very reckless. He fired a firearm while there were many people in the road. #CainVelasquez “Based off our review, what he did was put the public at danger,” this no bail. Arraignment continued to Mar 7. pic.twitter.com/kzX5S1ypk0

During the latest episode of his podcast, Rogan said that he wished Velasquez had to beaten the alleged molester to death with his hands instead of shooting at him,