Joe Rogan Pulls Out Of UFC 271 Broadcast At Last Minute 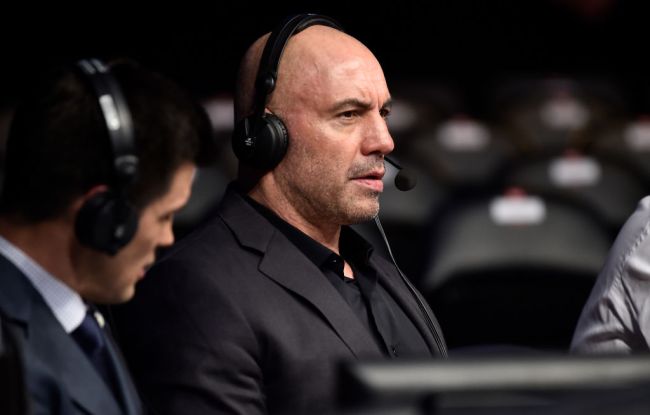 Joe Rogan was set to call this weekend’s UFC 271 card but had to pull out at the last minute leading to plenty of questions from fans.

According to Aaron Bronsteter, Rogan had a scheduling conflict and canceled his UFC 271 appearance after no-showing Friday’s ceremonial weigh-ins.

Per a UFC official, Joe Rogan had a scheduling conflict this week and will not be on the call for UFC 271.

He is scheduled to do colour commentary for UFC 272 in March.

MMA Fighting confirmed earlier this week that Rogan was set to be in the broadcast booth for this weekend’s PPV before he decided to pull out.

Multiple people with knowledge of the promotion’s plans confirmed to MMA Fighting on Friday that Rogan, who was slated to join Jon Anik and Daniel Cormier in the booth for Saturday’s event, is no longer a part of the lineup. In Rogan’s place, former UFC middleweight champion and longtime commentator Michael Bisping will take the second color commentary position.

Rogan did not respond to MMA Fighting on a request for comment on the shift.

On Wednesday afternoon, MMA Fighting confirmed that the usual trio of Anik, Rogan, and Cormier were set to call UFC 271. However, that is no longer case.

Many on the Internet were skeptical of Rogan’s explanation as to why he wouldn’t be available on Saturday just a week after he was embroiled in a controversy over his use of the n-word on his podcast. Rogan’s absence will apparently be short-lived as he plans to be back for UFC 272 on March 5th.