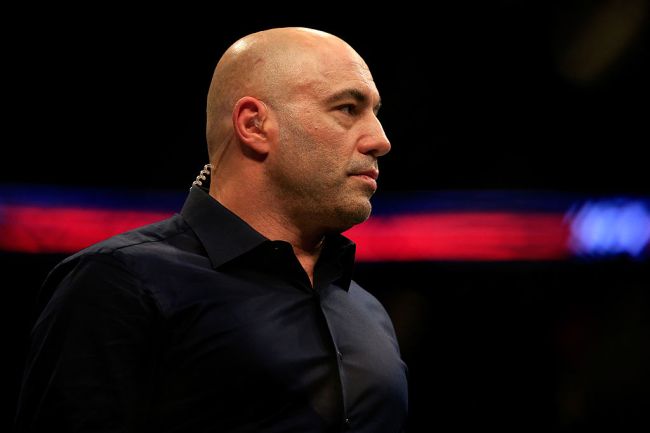 Joe Rogan has finally addressed the viral video compilation of him using the N-word that surfaced online.

This is who the right is defending. pic.twitter.com/qqaB12dFYz

Since then artist India Arie pulled her music from Spotify in protest of Rogan and even The Rock released a statement on Twitter regarding the popular podcaster’s use of the N-word.

Dear @donwinslow
Thank you so much for this
I hear you as well as everyone here 100%
I was not aware of his N word use prior to my comments, but now I've become educated to his complete narrative.
Learning moment for me.

Mahalo, brother and have a great & productive weekend.
DJ https://t.co/3mBf85wRoe

On Friday night, Rogan apologized for repeatedly using the n-word in the past, saying, “it looks fucking horrible, even to me.” Rogan says that he used the word in context during discussions about comedians Redd Foxx and Richard Pryor but admits that he was wrong in doing so.

Joe Rogan apologizes for resurfaced podcast clips of him using the N-word.

“There’s a video that’s out, that’s a compilation of me saying the N-word. It’s a video that’s made of clips taken out of context of me of … 12 years of conversations on my podcast, and it’s all smushed together, and it looks fuckin’ horrible, even to me.

“Now I know that to most people there’s no context where a white person is ever allowed to say that word, never mind publicly on a podcast, and I agree with that.”

“Now, I haven’t said it in years, but for a long time, when I would bring that word up, like if it would come up in conversation, instead of saying ‘the N-word’, I would just say the word.

“I thought as long as it was in context, people would understand what I was doing.”…”I do hope that this can be a teachable moment for anybody that doesn’t realize how offensive that word can be coming out of a white person’s mouth in context or out of context. My sincere and humble apologies, I wish there was more that I could say”