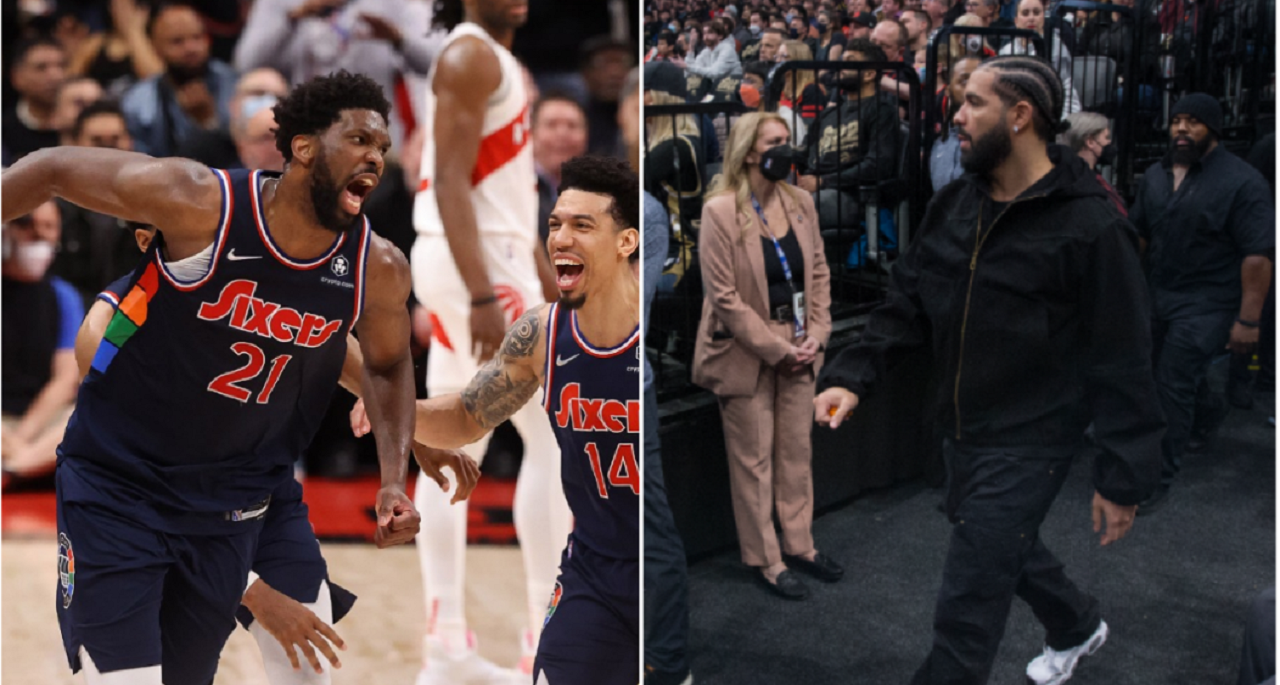 Joel Embiid hit one of the biggest shots of his career on Wednesday night, and he couldn’t wait to rub it in Drake’s face.

During overtime in game 3 of the Raptors-Sixers series in Toronto, Embiid hit a wild turnaround 3-pointer with two seconds left on the clock to win the game.

JOEL EMBIID WITH THE HUGE THREE IN OT 😱 pic.twitter.com/VKpdy4HszF

As he was leaving the court, Embiid walked over to Drake, who was sitting courtside and talked trash to the Toronto rapper by telling him that he was going to sweep the Raptors.

Drake could have quickly reminded Embiid about that time Kawhi hit a game-winner in his face.

Embiid got his revenge in Toronto 🔥 pic.twitter.com/f6C9KXti8q