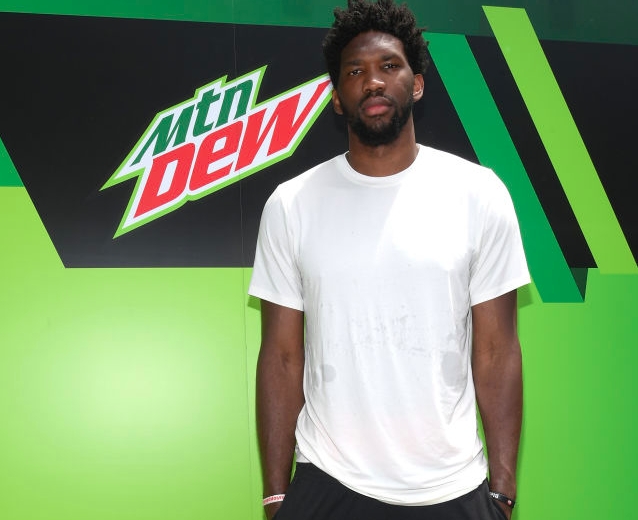 Congratulations to Joel Embiid for overcoming a “migraine and diarrhea” to average 30.3 points, 13.8 rebounds and 1.3 blocks per contest over the last four games. The All-Star center’s 806 points, 402 rebounds and 56 blocks through the first 30 games are stats that no player has sniffed since Shaq posted those monster numbers 19 years ago.

Despite MVP conversation type numbers, Embiid has garnered some criticism for fading away late in the game, no thanks to his perceived poor conditioning. He looked gassed in last season’s playoff series against the Celtics and analyst Jalen Rose pointed out that he’s doing a lot of drifting in the second half of games.

It sounds like the seven footer needs to slurp down a Mountain Dew at halftime to get jacked up enough to perform to MVP levels.

Check out the spot below, that will also broadcast during the Philadelphia 76ers Christmas Day game at Boston on ABC.

Embiid and his off-the-wall personality is going to provide so much entertainment for NBA fans over the next decade.