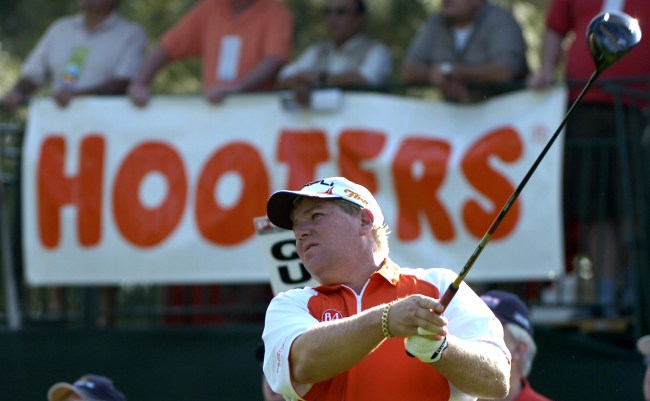 Earlier this week, I covered the greatest tradition associated with the town of Augusta, Georgia: John Daly posting up in an RV in the parking lot of a Hooters during The Masters smoking cigs, hawking merch, and signing autographs. You could write an expansive biography filled with every minute detail about Daly’s life, but it would probably fail to sum up the essence of the golfer like his annual pilgrimage does.

However, I regret to inform you that disaster struck earlier today when someone managed to crash their car directly into Daly’s RV.

As far as I’m concerned, this is the equivalent of someone following in the footsteps of the Crimson Tide fan who poisoned two of the tree’s in Auburn’s iconic Toomer’s Corner and killing a bunch of azaleas at Augusta National. To call it a travesty would be the ultimate understatement.

WRDW sent a team to document the carnage, and thankfully, the only real casualties were the vehicles involved (although Daly said that he tweaked his knee trying to dive out of the way). It appears the driver was trying to make a U-turn but vastly overestimated how good they are at making U-turns before slamming into the RV.

Daly says he’s planning to get an MRI to assess the damage, and I’m sure his insurance agent will be thrilled when you consider he’d just finished making repairs to the RV after it was damaged during a hurricane.

I’m not usually a big “thoughts and prayers” guy, but I’m willing to make an exception in this case.