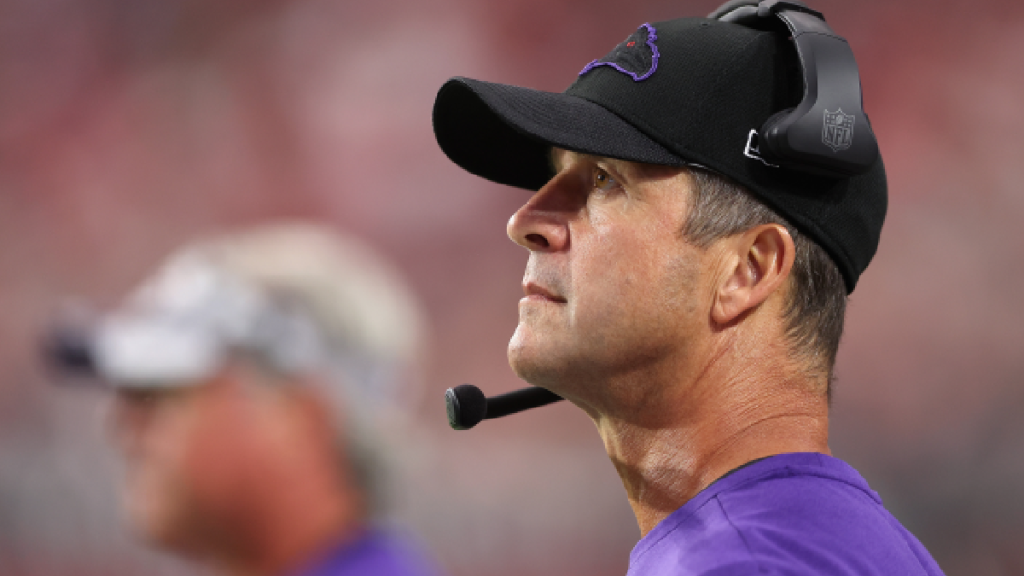 The unofficial ‘deadline’ for Lamar Jackson to sign a new long-term deal with the Baltimore Ravens has passed. Lamar Jackson has reiterated throughout the negotiation talks that those talks would remain open until the start of the NFL season and after that, he wanted to focus on football.

Earlier this week, Lamar moved that deadline up a few days and said Friday was the final day he’d negotiate a long-term contract with the Baltimore Ravens and that deadline came and went. Lamar will now play in the final year of his contract under head coach John Harbaugh and he’ll earn $23 million this season.

Ravens head coach John Harbaugh took the podium on Friday to try and quell any concerns over Jackson’s situation. Some may think he doth protest too much, others may see John Harbaugh’s words below as genuine…

John Harbaugh: “I think all the feelings you would expect that anybody would have you probably have. Probably not for me as much because I wasn’t directly involved in any back and forth. You’re hopeful. Those things will work themselves out in the end, I’m confident in that.”

“I said at the beginning, that’ll happen when it’s time and when it’s time it’ll happen. Lamar’s playing quarterback, he’s going to be playing quarterback here for a long time. He and I talked about it yesterday a little bit, like ‘OK, let’s go be our best and go focus on football.’ That’s what he’s been doing all along. I know nothing will change with that and just focused on Sunday.”

On the one hand, Harbaugh doesn’t sound worried about Lamar’s focus this season and he believes they will come together on a long-term deal after the season. But on the other hand, what the heck is he supposed to say? It’s not as if he could come out and throw the organization or his star quarterback under the bus.

Other options for the Ravens?

Looking at the numbers, the Baltimore Ravens couldn’t even afford to place the ‘franchise tag’ on Lamar Jackson if they wanted to. PFF’s Brad Spielberger shows that the franchise tag in 2023 would cost the Ravens roughly $45.458 million next season:

And as things stand, the Ravens are expected to have roughly $44 million in cap space next season so they’d have to free up a million and then be left with nothing else to work with:

Yes. But not ideal obviously. pic.twitter.com/ebqSThuhxV

As things stand, head coach John Harbaugh and the Baltimore Ravens are predicted to win 9.8 games this season. Vegas has their floor at 7.8 games and ceiling at 11.4 games.

Lamar Jackson is expected to put up nearly 1,000 rushing yards and throw for over 3,500 yards. Baltimore and John Harbaugh have retooled their entire offense to fit Lamar Jackson’s game. They need to figure out a way to sign him to a long-term deal or risk finding themselves in a dire situation in the near future…