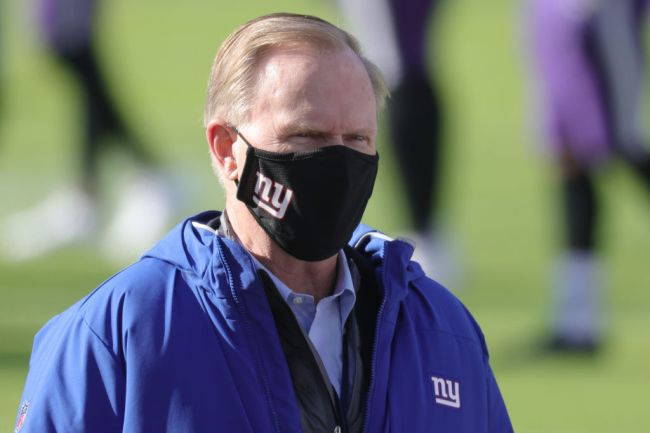 The NFL’s stricter enforcement of their taunting rules this season is not only unpopular with fans but players seems to have an issue with it as well.

Last week, the league released a memo stating that enforcing taunting penalties was going to be a point of emphasis this season after several coaches complained about players excessively taunting last year during meetings with the Competition Committee.

During this weekend’s Colts-Panthers game we got a preview of how the rules were going to be enforced this season after Colts running back Benny LeMay was flagged for celebrating after a run.

This is an example of the taunting the league doesn't want to see in games. Just happened in the #Panthers–#Colts game.pic.twitter.com/Tu70GjBxwU

On Tuesday, Giants owner John Mara, who is on the Competition Committee, defended the league’s decision to enforce the taunting penalties because he was “sick and tired” of the trash talk that goes down on the field.

#Giants owner John Mara, who is a member of the Competition Committee, on putting an emphasis on taunting: “We get kind of sick & tired of the taunting that does go on from time to time on the field…. Nobody wants to see a player taunting another player. pic.twitter.com/HDGQSnvsYQ

“That’s something we discuss every year in the Competition Committee. We get kind of sick and tired of the talking that does go on from time to time on the field. We tried to balance the sportsmanship with allowing the players to have fun and there’s always a fine line there, but none of us like to see that. It’s just a question of whether you can have rules that can be enforced and without taking the fun out of the game too, but nobody wants to see a player taunting another player. I know, I certainly don’t. I think the rest of the members of the Competition Committee feel the same way, too.”

Mara’s comments got immediate reactions from NFL players Alvin Kamara and Tyrann Mathieu who are clearly opposed to the new taunting rules.

Honestly I wanna “taunt” juhh to see how far I can take it before I get a flag..

We’ll have to wait and see if the league will continue to follow through with enforcing taunting penalties this season now that it’s getting backlash from players and fans.