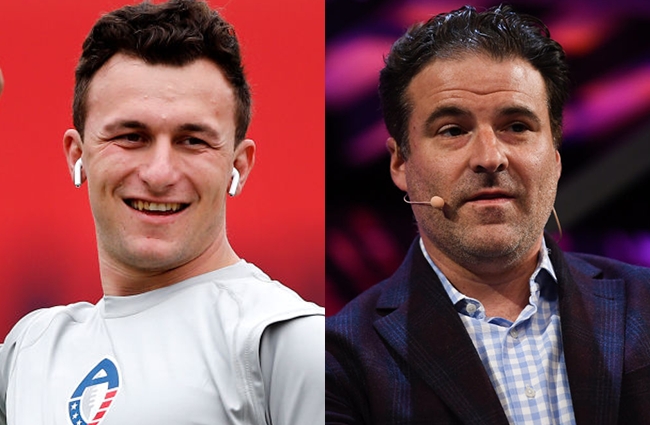 The history between Johnny Manziel and Darren Rovell has been well-documented. If you remember, back in 2013 Rovell decided to do a bit of digging into the wild world that is the autographed memorabilia market and noticed that Manziel was making a little money on the side for his signature. Thanks to Rovell’s snooping around, the NCAA took notice and Manziel was suspended for the first half of the 2013 season opener.

While that story may be seven years old at this point, Manziel hasn’t forgotten about it. The former Heisman Trophy winner stuffed Rovell into a locker back in August and now a card signed by Manziel with the message ‘f–k Rovell’ on it has hit eBay.

The card is listed for $10,000, but you can make your own offer on the epic piece of memorabilia. 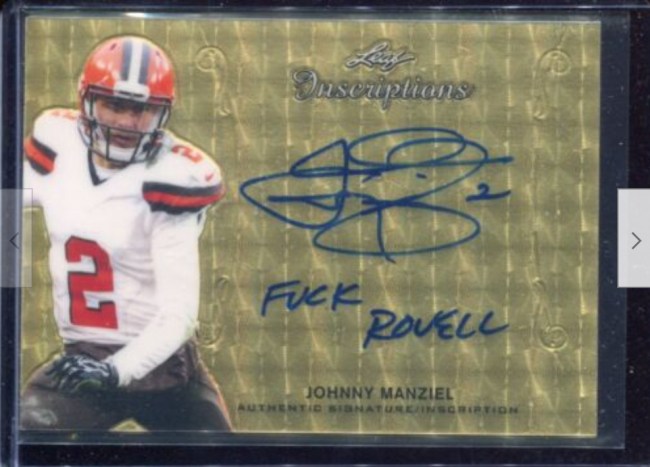 It’s pretty great to imagine Manziel being asked to sign this card and deciding to write that message on it. ‘Ya know what, I’m going to put something special on this one.’

eBay just sent me an email that my Johnny Manziel inscription sold for $1,200. I couldn’t make a deal fast enough. pic.twitter.com/shJ8qobQvJ