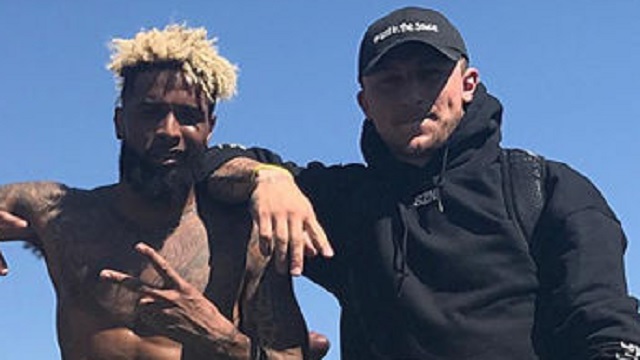 Johnny Manziel appears to all-in for his NFL comeback.

The former Browns quarterback has been training with quarterback guru George Whitefield Jr. for the past few months to get in back in playing shape.

According to TMZ, Manziel worked out with Odell Beckham Jr. yesterday and looked impressive as he ran through some passing drills with the Giants receiver.

We’re told Manziel and OBJ hit the gridiron for some passing drills while hanging with Odell’s custom cleat artist, Kickasso … and we’re told the ex-Browns QB was firing the ball around — lookin’ like Johnny Football again.
Odell — and few other receivers — ran routes while Manziel threw them passes. Word is his arm looked strong, and his feet looked fast.

We’ll see if Manziel can pull off the comeback but as of now it doesn’t seem any team is biting but that might change as the NFL season gets closer.