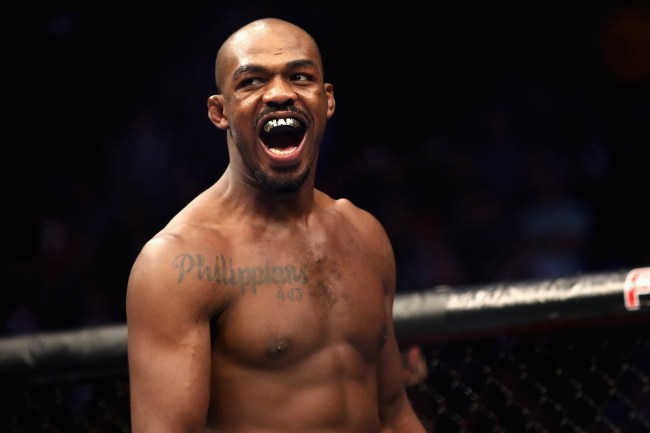 Jon Jones wants fans to know that he really wants to fight Francis Ngannou but only if the money is right.

On Saturday, Ngannou became the UFC heavyweight champion after knocking out Stipe Miocic of their fight at UFC 260.

After the fight, Jones implied he wanted to fight Ngannou if Dana White showed him the money.

Fans went on to troll Jones by saying he was scared of Ngannou because he was focused on the money aspect in a potential fight between the two. Jones immediately fired back at the trolls mocking him on social media.

I quit the light heavyweight division, literally gained a massive amount of weight. And now people are saying I’m afraid? Everyone but me claiming that I’m afraid. All I asked was to get paid.

why does a fighter have to be afraid the second he mentions he wants to get paid his worth. What an insult.

I’ve been working my butt off, gained all this weight. Have never lost a fight before. Now all of a sudden I am scared. What bullshit