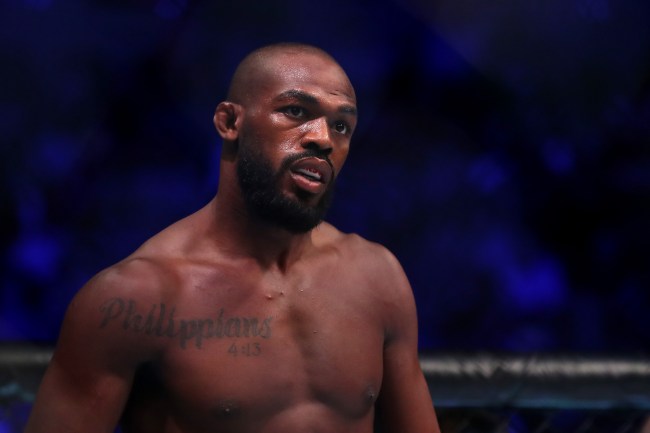 It seems like Jon Jones and Isreal Adesanya are setting themselves for a fight in the future.

Before his UFC 243 fight against Robert Whittaker, Adesanya claimed that he would move up in weight classes to fight Jones once he was done cleaning out the middleweight division.

Via The Mac Life

“I wouldn’t say he’s the ultimate, but he’s definitely a boss on the game I want to play against,”. “Raider Stadium, Las Vegas, that’s where it’s going to happen. I decided in July when I was in Vegas.”

“Hmm, with the middleweight division, it’s getting stacked. I like Cannonier right now, [Paulo] Costa I have to take care of, and a few others, I’m saying 2021 [vs Jones]. I’m fighting. Probably early, yeah. The way I fight, six fights in 18 months, obviously I had a long break. It’s harder when you become champion, so much weight to move fast, yeah, we’ll see what happens.”

Adesanya went out to knock out Whittaker in brutal fashion but Jones didn’t seem to impressed.

Yo this guy is legit #UFC243 pic.twitter.com/yLvxwQb4lb

By the time this kid gets his confidence together I’ll probably already be in the heavyweight division. I don’t need to wait till 2021 to start believing in myself https://t.co/PE16eSVl9i

After his big win, Adesanya went on Ariel Helwani’s show and once against blasted Jones for being “jealous” and vowed to “fuck him Up” after defending his middleweight titles againts Paulo Costa.

Israel Adesanya responds to Jon Jones: “I told you, Ariel. He is jealous. He sees the freshman that’s taking all of the shine.” pic.twitter.com/VqdhPl386C

Of course Jones wasn’t pleased with Adesanya’s response and fired off this NSFW tweet.

All I hear is “I’m a bitch, I dance better than Jones.” Oh and some weird shit about big American balls in your mouth. https://t.co/aLNjHVBsTF

I’m not out here searching for dragon ball Z fans, I’m in pursuit of these history books. Being mentioned with history‘s greatest combatants ever. Fucking nerd

Whenever Jones and Adesanya decide to fight it’s going to be lit.