Why You Should Expect To See Jon Rahm Hold Down The No. 1 Spot In The World For Quite Some Time 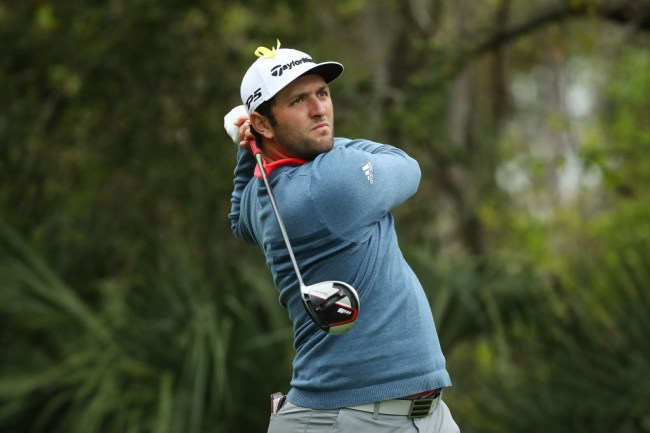 Jon Rahm is now the No. 1 player in the world, just the second Spaniard to ever reach that mark, after a dominant, three-shot win at the Memorial. His win at Muirfield Village marks his fourth win on the PGA Tour to go along with six European Tour wins, which is far from a bad resume for a 25-year-old.

The question now becomes how long should we expect to see Rahm hold down the No. 1 spot?

The answer to that question revolves around whether or not you believe he has the staying power to hold the No. 1 spot for an extended run, and based on what we’ve seen from him thus far, how could you not see that he absolutely has the game to do so?

Rahm has earned at least one PGA Tour win in each of the last four seasons to go along with 33 Top 10 finishes during that stretch. He’s also continued to make a handful of starts on the European Tour earning impressive wins overseas. While he may still be chasing his first major, it certainly feels like more of a ‘when,’ not an ‘if’ situation when it comes to winning his first big one as he’s finished T-11 or better in each major over the past two seasons.

It’s also worth pointing out, again, that he’s still only 25-years-old. He’s the fifth-youngest player, behind Tiger Woods, Jordan Spieth, Rory McIlroy, and Justin Thomas, to reach World No. 1. Plus, if you want to simply look at things from a swing perspective, he has all the power in the world with a short, compact swing that should easily hold up over time.

His win at the Memorial alone should show the entire world that Rahm has the game to hold down the No. 1 spot in the world. The test that Jack Nicklaus set up at Muirfield Village was without question the toughest the Tour has seen all season long and Rahm passed it with flying colors.

While Muirfield Village is always set up tough, with the course set to undergo renovations right after the tournament this year, they elected to grow out the rough and burn out the greens essentially turning them into concrete. The course was an all-around test and Rahm was the only one that had all aspects of his game clicking for four days.

Add an extremely difficult course to the fact that 11 of the other Top 14 players in the world were in the field and it’s easy to see Rahm’s three-shot win is impressive. His three-shot win could have easily been a five-shot win, too, if it weren’t for his ball moving prior to him holing a chip shot late during his round on Sunday resulting in a two-shot penalty.

As for reasons to think that Rahm’s stint as the No. 1 player in the world could be short-lived, there are two factors to look at. One of the factors is under his control, while the other one is not.

Rahm is known for having a bit of a short temper and losing his cool in situations that don’t go his way during a round. We even saw him show his frustrations during Sunday’s final round at the Memorial after a couple of errant shots. While it’s part of what makes Rahm so fascinating to watch, those negative outbursts are something he’s likely going to need to control to hold onto the top spot in the world.

The thing he can’t really control is just how great a spot the game of golf finds itself in at the moment with all of its young talents that are more than primed to someday reach World No. 1.

The list of players that aren’t going away anytime soon is mightily impressive. The obvious players we could see take the No. 1 spot away are Rory McIlroy, Justin Thomas, Dustin Johnson, Brooks Koepka, Bryson DeChambeau, and even Webb Simpson if he continues the run he’s on. You also can’t overlook players like Collin Morikawa, Tommy Fleetwood, Patrick Cantlay, and Xander Schauffele.

That’s just the shortlist of threatening players as well, there is another handful that could catch fire and quickly take over the top spot in the world.

Having said all that, Rahm’s talent and accolades thus far speak for themselves and there isn’t any reason to believe he can’t hold onto the No. 1 spot for an extended time whether that be from this day forward or later down the line.

The fact is, with the Official World Golf Ranking points so tight at the top at the moment, Rahm and others could swap the No. 1 spot a number of times before the end of the year, but nobody should be surprised to see Rahm go on a 20+ week run as the top-ranked player in the world.