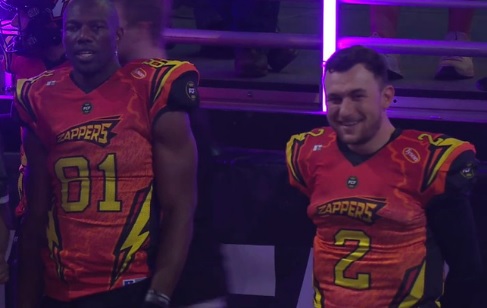 It’s 2022, and Johnny Manziel and Terrell Owens are on the same team playing professional football, and it’s pretty awesome.

On Saturday night, fans were excited to see Manziel and Owens teaming up.

What a sentence. What a time. pic.twitter.com/YKGegmLvPO

During the game, both Manziel and T.O were seen building chemistry with each other on the sidelines.

Eventually, Johnny Football was able to escape the rush and hit T.O. on a deep pass.

if you told me in 2014 that Johnny Manziel would be throwing professional football passes to Terrell Owens I wouldn't know what to say pic.twitter.com/AlzfWcWvym