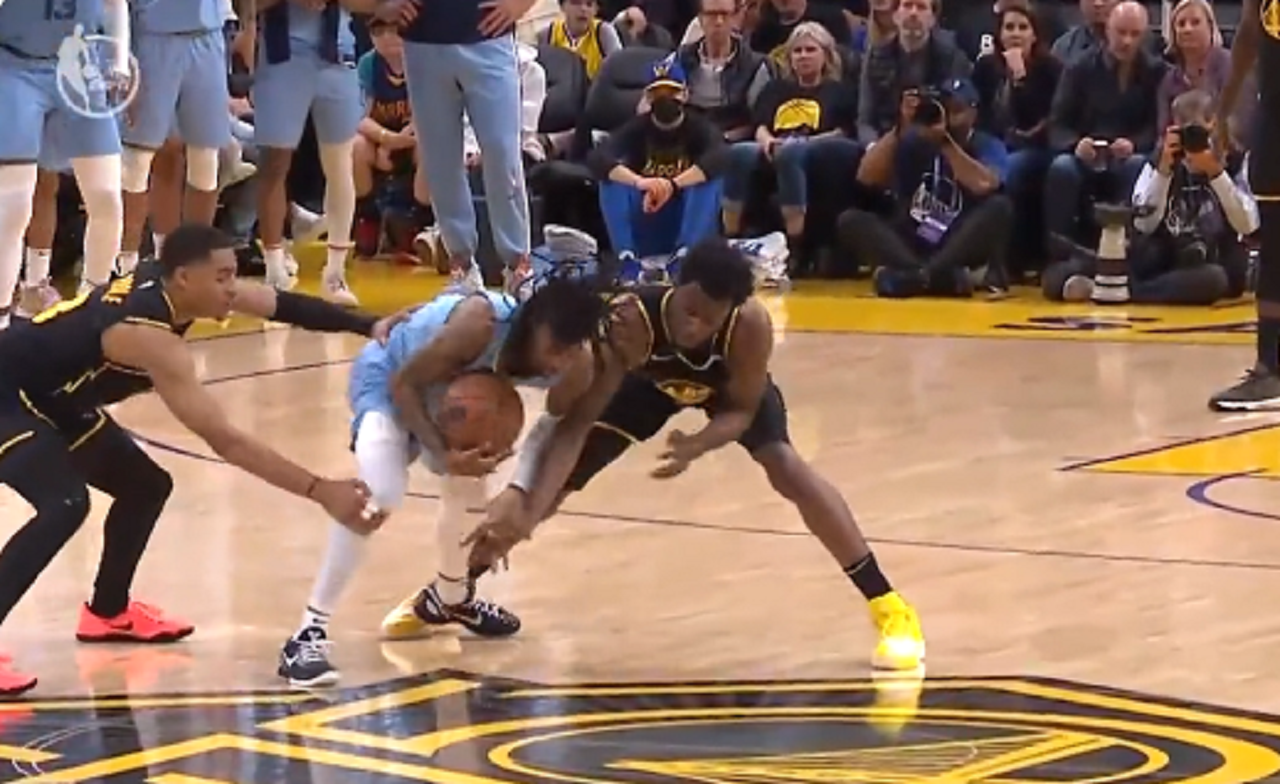 Grizzlies fans are not happy with Warriors guard Jordan Poole.

On Saturday night, Grizzlies superstar Ja Morant limped off the court after appearing to injure his right knee.

Before Morant limped off the court, Poole was seen grabbing on his knee during a play.

This looks like the play Ja Morant got hurt. pic.twitter.com/J24ssu5i9P

Grizzlies head coach Taylor Jenkins noted that he wanted to discuss Poole’s play with team officials before sending the video to the league for review.

Taylor Jenkins says he is “curious what happened” on this play. Says Grizzlies will discuss it first when asked whether they will ask the league to look into it. https://t.co/xn94zrIlBZ

More film work and decisions for the league office on Jordan Poole’s reach and apparent grabbing of Ja Morant’s right knee. Morant is undergoing evaluation now after leaving game with a limp. https://t.co/OYNHKbwAeY

Poole watched the play during his postgame press conference, and this was his reaction.

Jordan Poole watched the play where he grabbed Ja Morant’s knee at the podium. Here is his response. pic.twitter.com/VhFTmkHlCi

“It was a basketball play, I was going for the ball, you obviously don’t want to see anybody get hurt. I’m not even that type of player, I respect everybody.”

Despite Poole’s explanation, Grizzlies fans are calling for the NBA to suspend him.

Nah suspend Jordan Poole for this wtf the ball is nowhere near ja morant leg .. and he twists it pic.twitter.com/OfkdAchVcs