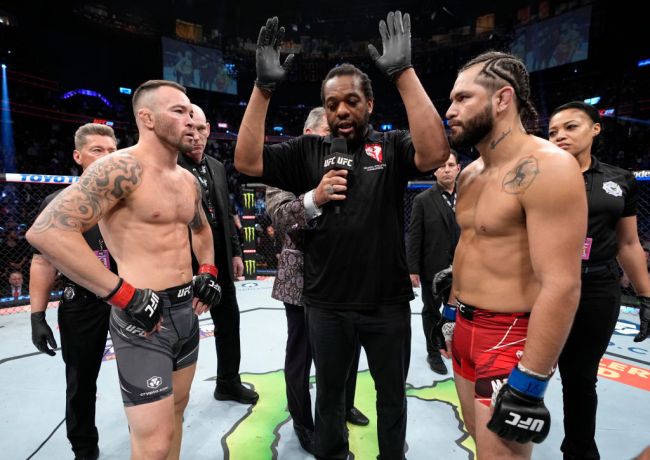 When Jorge Masvidal attacked Colby Covington at a steakhouse, he may have damaged more than just Covington’s tooth. According to Covington, the incident also damaged a watch he was wearing that he claims cost $95K.

Jorge Masvidal will be allowed to inspect Colby Covington's watch to see if it's a phony Rolex … the UFC star's attorney tells TMZ Sports a judge just granted their motion to see the timepiece up close. https://t.co/oCKz5030H8

Covington and Masvidal have been feuding in the UFC for years after the former training partners turned against each other. That feud reached its peak back in March as the two prepared to finally meet in the Octagon.

The buildup to the fight involved some odd press conferences where they talked trash, debated who Donald Trump liked more, and for some reason Covington wanted to know if Masvidal knew how a bill became a law.

When they eventually did make their way into the cage, the fight wasn’t particularly competitive. Covington found regular success with his wrestling and seemingly even got the better of the striking for stretches of the fight. It was believed that Covington’s dominant win would be the end of the feud.

Then Masvidal allegedly ambushed him while he was out at a steakhouse and landed a few punches on him before taking off. Masvidal is facing felony charges of aggravated battery and criminal mischief stemming from the incident.