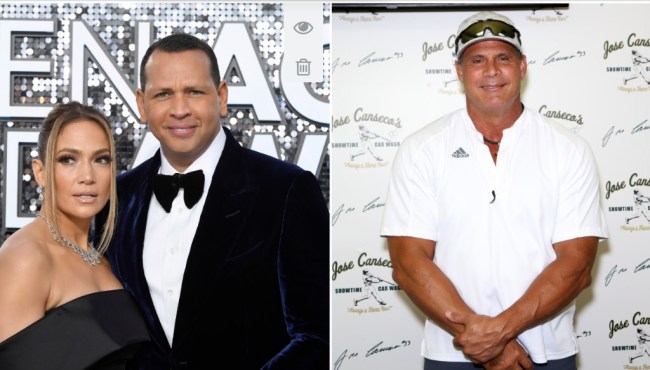 Jose Canseco is very much that you miss 100 percent of the shots you don’t take.

On Friday, Page Six reported that Alex Rodriguez and Jennifer Lopez had broken up after being engaged for two years amid rumors that A-Rod had sexted with Southern Charm reality TV star Madison LeCroy.

Jennifer Lopez and Alex Rodriguez have broken up, Page Six has exclusively learned.

The stunning split comes after the superstar couple twice postponed their wedding — and after rumors surfaced that the former Yankees third baseman had been playing the field with a young reality star.

Then LeCroy revealed she had been FaceTiming with Rodriguez, but insisted they had not met in person.

The source told Page Six, “The Madison LeCroy scandal was the reason they finally broke up. There were already problems, but Jennifer was really embarrassed by it.

Canseco, who had previously called out Rodriguez for cheating with his ex-wife back in 2019, reminded everyone that he had predicted the breakup between A-Rod and JLo earlier this year.

Alex Rodriguez is the most predictable person on this planet https://t.co/BLeGqXVGTg

Jose then started putting the moves on JLo on Twitter now that she’s single.