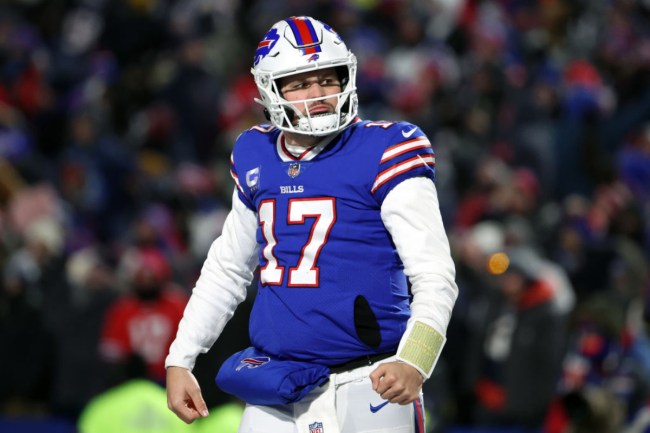 The Buffalo Bills went 11-6 during the regular season en route to becoming AFC East champs. Offensively, the team ranked fifth in yards per game and third in points per game. Defensively, no team was better than the Bills as they allowed the fewest yards and points in the NFL.

Despite all of that and the fact that the Bills are just one win away from playing for an AFC title, many believe this team still doesn’t get the respect it deserves.

The Pro Bowl selections, voted on by players, coaches, and fans, back up that claim. The Bills had just two players named to the AFC Pro Bowl roster, wide receiver Stefon Diggs and offensive tackle Dion Dawkins.

The fact that Buffalo’s No. 1 ranked defense didn’t have a single-player make the Pro Bowl has many, including Pat McAfee, shaking their head.

Josh Allen joined McAfee during Thursday’s show and the former Colts punter straight up asked Allen if the team talks about the lack of respect it’s gotten this season. Allen delivered a strong answer.

“As men, right, we want respect, I think that’s just something in nature. We want the respect we deserve,” Allen began. “At the same time, I could give two shi-s about all that. I’m so focused on trying to be the best quarterback for this team, the best teammate I can be, and try to win football games for this team.”

“Our defense, yeah, no Pro Bowler, and they’re No. 1 statistically in every other category, it is a little mindboggling.”

Do you guys talk abaht the lack of respect for the Buffalo Bills??

"We want the respect that we deserve but at the same time I could give 2 shits about all of that.. I'm so focused trying to win football games for this team" ~@JoshAllenQB#PatMcAfeeShowLIVE #BillsMafia pic.twitter.com/SSUUAKS9Kb

Bills fans may not love the fact that their team isn’t necessarily getting the respect it deserves, but they have to love how Allen is carrying himself heading into the playoff matchup against the Chiefs.