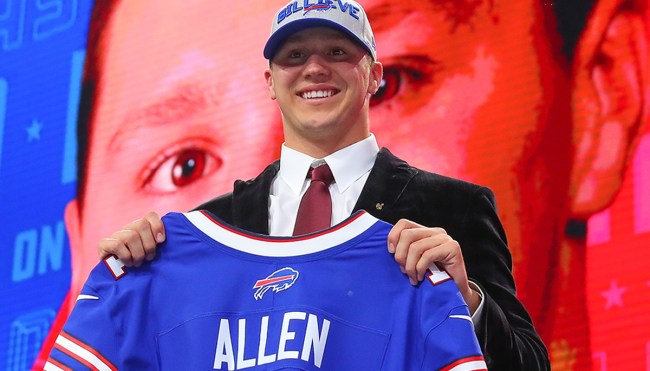 The 2018 NFL Draft class featured what was (at least at the time) considered a pretty stacked group of quarterbacks and a number of teams in fairly desperate need of a new option under center.

When the event kicked off at AT&T Stadium on April 26th, it was pretty clear Sam Darnold, Baker Mayfield, Josh Allen, Josh Rosen, and Lamar Jackson would be off the board by the time the first round came to an end. However, the jury was still out when it came to the order they’d be selected.

It’s safe to say the Browns and the Jets would likely opt for a do-over after scooping up Mayfield and Darnold with the first and third picks, respectively (you have to imagine Jackson would go number one overall, which makes it especially baffling that he managed to fall all the way to the Ravens with the 32nd selection).

Rosen was widely considered the more promising of the Two Joshes heading into the draft, and while Buffalo’s decision to go with Allen over the UCLA grad with the seventh pick worked out very well, it was a fairly controversial decision at the time.

If you need any proof, you don’t have to look any further than the many Freezing Cold Takes that Bills fans sent out after the pick was announced—including the collection of messages Allen sat down to read in a video the team dropped on Thursday.

Allen seemed to get a kick out of most of the tweets, and while the people who sent them may not be thrilled about having their poorly-aged prophecies trotted out four years later, the fact that the QB has given Bills Mafia something to root for after decades of misery is probably worth the tradeoff.