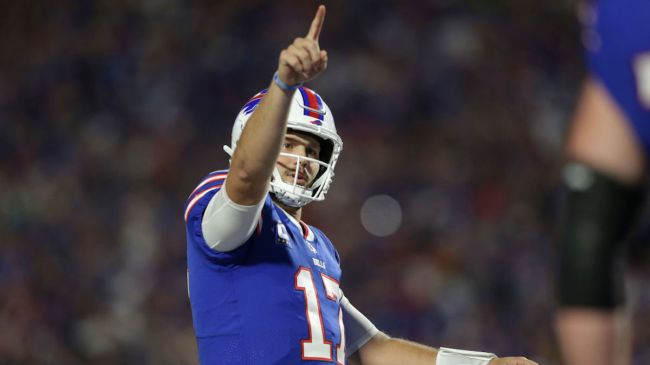 Not only is Josh Allen perhaps the best player in the entire National Football League, the Buffalo Bills quarterback also seems to have solid taste in pop culture, at least based on the posters he has hanging on his wall.

During a recent appearance on Kyle Brandt’s Basement, Allen — sitting at a computer desk of some sort — showed off his taste in movies as posters for The Dark Knight, Interstellar, and The Godfather adorned the wall behind him.

In addition to posters for The Dark Knight, Interstellar, and The Godfather, Allen also has a poster for Iron Man, Peaky Blinders, a James Bond movie, and two other projects that I cannot decipher hanging on his wall.

Allen and the Bills have looked every inch of the Super Bowl favorite that they were touted as being in the preseason. Following a Week 1 victory over the defending champion Los Angeles Rams, the Bills followed that up with a Week 2 destruction of the Tennessee Titans on Monday Night Football.

The Bills, who now have about +400 odds to win the Super Bowl, will look to continue their incredible start to the season when they take on Tua Tagovailoa and the Miami Dolphins on Sunday. If the Bills manage to steamroll the high-scoring Dolphins in a similar fashion, it seems very likely that the NFL will deem the upcoming Super Bowl as theirs to lose.