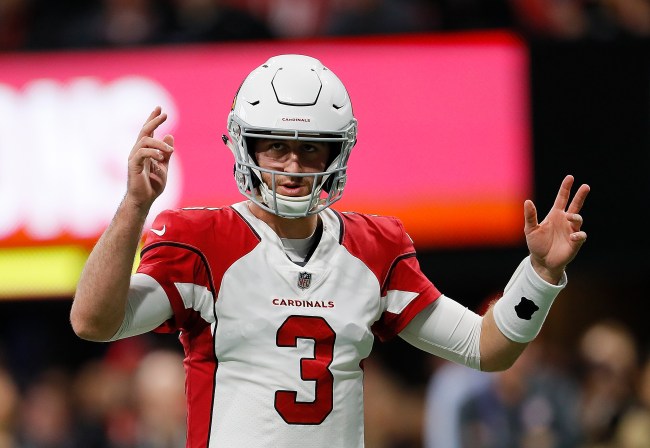 Players getting traded is part of the game, but a player in good standing has the right to expect a certain etiquette from the organization. But, according to Josh Rosen, after the Cardinals selected Oklahoma QB Kyler Murray with the number 1 pick, they treated Rosen, a number 10 pick from the previous year, like a ball boy.

Making an appearance on The Rich Eisen Show Tuesday, the UCLA product claims that Cardinals head coach Kliff Kingsbury told him of the organization’s plan to draft Murray only one minute before the pick was made.

“Hey, so we’re about to draft Kyler,” Kingsbury reportedly told Rosen on the phone. “…I don’t really know what happens now.”

To add insult to injury, Rosen revealed that Cardinals general manager Steve Keim hasn’t contacted him in months. Not during the annual pre-draft rumor mill was in full effect. Not after the Cardinals selected Kyler Murray in the draft. And not even before or after they traded him to Miami for a second-round pick and a 2020 fifth-rounder.

Rosen finished last season with 2,278 yards, 11 touchdowns and 14 interceptions in 14 games. At just 22-years-old, many analysts believe that the Rosen acquisition was the best thing to happen to the Dolphins in years.

Former NFL quarterback and ex-ESPN analyst Trent Dilfer said the “fit was perfect” and compared Rosen to one of the greatest to ever do it.

NFL Network analyst and former NFL player Bucky Brooks may have “stumbled into their version of Brett Favre.”

“He would be ahead of all the quarterbacks in this draft, looking at my grades for Kyler Murray, Dwayne Haskins, Drew Lock.”

Trading away a top 10 pick after one year without seeing his potential through is proof that some of these NFL teams are just throwing shit against the wall and not giving it any time to stick.