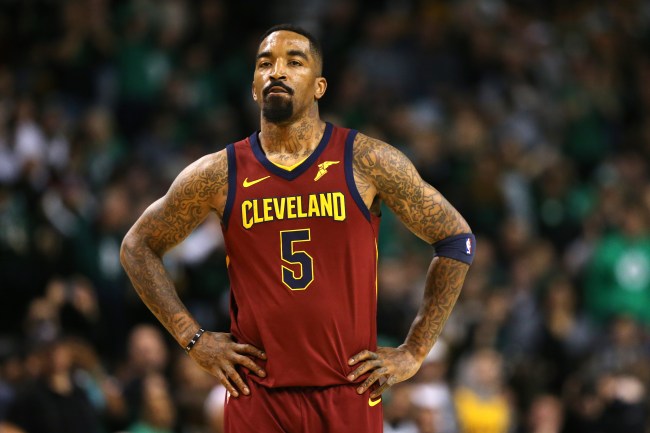 During Saturday afternoon’s LA protest, former Cleveland Cavaliers star J.R. Smith chased down a man and beat the crap out of him for allegedly smashing his car window.

Smith says his truck was parked in a residential area — away from the stores that were being looted.

We’re told the incident took place around the Fairfax area — near the famous Flight Club sneaker shop, which had just been looted.

“I chased him down and whooped his ass,” Smith said.

Smith says the incident was NOT fueled by race or hatred — it was simply revenge for messing with his truck.

“He didn’t know whose window he broke and he got his ass whooped.

Here’s the video of JR beating down the man on Saturday.

JR would later go on Instagram Live to explain what transpired with the looter.

JR Smith: “One of these little MF whiteboys broke my window so i chased him down and whooped his ass” pic.twitter.com/NfyE3BHIxF

Earlier in the day, Smith was seen biking with LeBron James before the incident took place.

LeBron James, Anthony Davis and JR Smith out for a bike ride in Los Angeles pic.twitter.com/F5tog1G5my