J.R. Smith Is Doing Something That No College Golfer Has Ever Done Before As A 36-Year-Old Millionaire 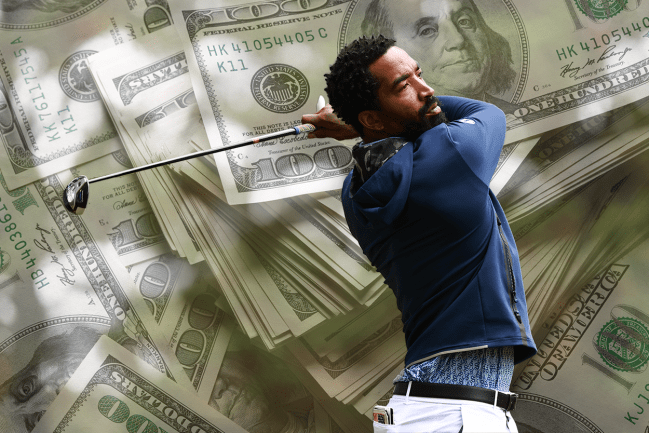 J.R. Smith is 36 years old with a net worth of around $35 million. That isn’t stopping him from chasing the bag.

After enrolling at North Carolina A&T last year, Smith joined the golf team. He will begin his second semester for the Aggies this month and is undoubtedly the most well-known Division I golfer of all-time.

As such, he is looking to cash in on the NCAA’s current rules that allow college athletes to profit from their Names, Images and Likenesses. Smith recently signed with Excel Sports for NIL representation that will help him seek and ink deals in that space.

According to his agent, Lance Young, there has already been significant interest in Smith  among golf equipment and clothing manufactures, as well as video game companies. His NIL earnings could put him well into the six-figure range.

Smith is not just getting involved with the NIL space for his own bank account. He is also using it as a platform.

Smith has expressed desire to become a bridge for minority groups who are underrepresented in the sport of golf. He is already enrolled at N.C. A&T, which has captured significant attention for HBCUs, and his social media following is significant.

With over six million followers on Instagram, Smith has serious reach. Although he cannot promote sponsors in NCAA-sanctioned events, his ability to do commercials and social media postings will prove both lucrative and widespread in terms of reach.