J.T. Daniels’ Transfer Decision For 2022 Is Down To Three Schools With Visits Planned For Spring 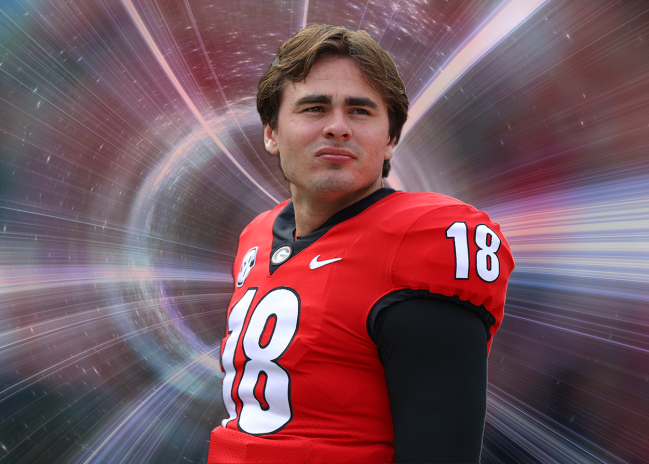 After spending his first four years with two different programs, quarterback J.T. Daniels is set to transfer to his third school over the summer. The five-star recruit in the Class of 2018 has dealt with injury over the course of his career and is hoping to turn things around with his new program.

As of right now, Daniels is still enrolled at Georgia. He is looking to finish up his degree in Athens before transferring as a graduate student.

Thus, the timeline for J.T. Daniels’ transfer portal decision is more lax. There is no rush.

In the meantime, the picture is becoming more clear. There are three schools that are at the top of Daniels’ list, but quite a few college football programs have been in touch to inquire about his services.

Earlier this month, Daniels was in Corvallis, Oregon to visit Oregon State during its spring practice session. The Beavers return most of its offensive line from a year ago and have a quarterback-friendly head coach in Jonathan Smith.

After returning from his West Coast swing, Daniels is set to take trips to Missouri and West Virginia. The Tigers offer an opportunity to start in the SEC right away, and Daniels will be on campus this weekend. The Mountaineers offer an opportunity to reunite with former USC offensive coordinator Graham Harrell, with whom Daniels saw some success in Los Angeles. He will visit Morgantown next month.

Georgia transfer QB JT Daniels is visiting Missouri this weekend for the school’s spring game, his dad, Steve Daniels, told ESPN. JT Daniels is still planning a visit to West Virginia in early April, although the date isn’t set yet.

Beyond the top-three, USC, LSU, Notre Dame, TCU, Penn State and Florida State have reportedly been in touch. USC and LSU both got their guys in Caleb Williams and Jayden Daniels, so they are likely out of the mix. The Irish, Horned Frogs, Nittany Lions and Seminoles are seemingly on the back burner.

With this all being said, it could change completely over the next three months. As spring practices around the country unfold, the transfer portal is going to see quite a few entrants between April and August.

Oregon State, West Virginia and Missouri could go get a quarterback that is not Daniels, but they have him atop their list. Daniels could also find a better fit at a school in need of a signal-caller after the spring, but he is expected to decide between the three schools he will have visited by the end of April.