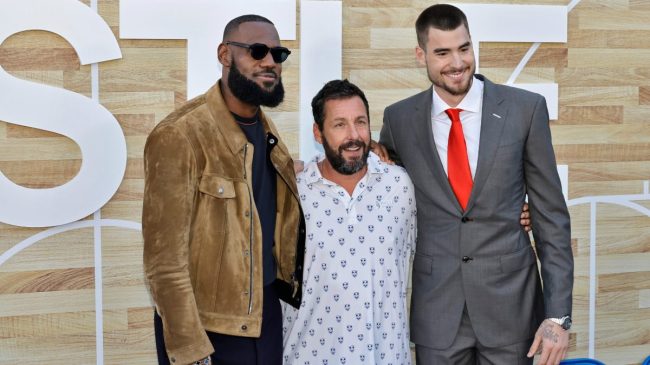 Juancho Hernangomez, best known for his role as Bo Cruz in Adam Sandler’s Netflix movie “Hustle,” has signed a deal with the Raptors. The forward is on a partially guaranteed one-year contract for the 2022 season.

Hernangomez was waived by the Utah Jazz following the conclusion of last year after averaging 3.3 points per game in Salt Lake City. He was on a team that reached the NBA Playoffs, landing the fifth seed in the Western Conference. Now, though, he’ll head east to Toronto as he looks to help the Raptors get to the postseason.

Hernangomez was a first-round pick by the Denver Nuggets in 2015, going with the 15th overall selection. He’s bounced around the league since, having spent time with the Timberwolves, Celtics, Spurs, and Jazz.

Now, he’ll add another team to the list, and it’s got NBA fans pumped up on social media.

NBA insider Adrian Wojnarowski first reported the signing, saying the forward is close to finalizing the one-year deal. As you can imagine, the comments section was filled with memes from the movie.

Most believe Adam Sandler, who was apparently in Toronto recently, to be the happiest to hear the recent news.

So thats why Stanley Sugerman’s been hanging in Toronto https://t.co/c4rapqhOzA pic.twitter.com/afdh8lvmtd

Adam Sandler seeing Bo Cruz is back in the league: https://t.co/IPMXpVP0wI pic.twitter.com/e3Ke7HRZLF

Others were quick to chime in with their own movie references.

Based on his performance in Hustle, the Raps just signed a lottery pick-level talent. I'm all in on this. https://t.co/hEjtjfE1JT

Hernangomez will begin his new journey with the Raptors in 2022, but you can be that these “Hustle” memes will follow him anytime he makes an impact on the court. And who knows, maybe we’ll even see his agent on the big screen rooting him on at a few of his upcoming games.