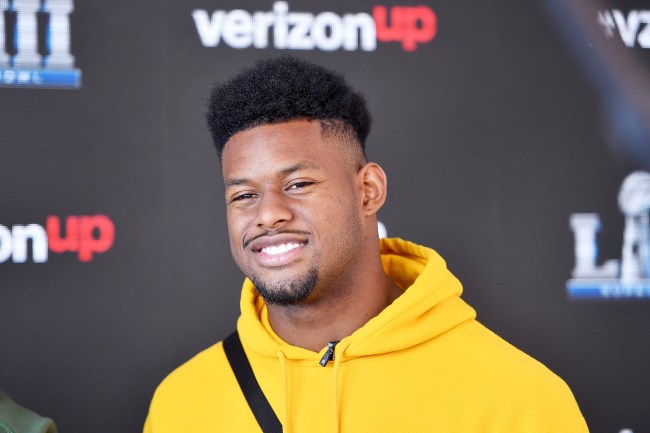 JuJu Smith-Schuster is one of the best young wide receivers in the NFL, and he’s about to have an even bigger role on the Pittsburgh Steelers following the trade of Antonio Brown this offseason. While Smith-Schuster earned a Pro Bowl invite last season after catching 111 passes for over 1,400 yards and 9 touchdowns, there could be even bigger stats coming now that he doesn’t have a player like Brown who demands the ball.

Since being traded, for whatever reason, Antonio Brown has tried to punk out his former teammate, with the now Oakland Raiders wideout taking shots at JuJu Smith-Schuster for whatever reason. While JuJu has tried to play it cool, in his most recent interview, the soon-to-be third-year pro may have taken a subtle dig towards Brown, having said that he would prefer winning over bulking up his own stats — which is far different than the perceived mentality of AB.

JuJu Smith-Schuster took the high road with most of his comments today but toss, IMO, a little dart at Antonio Brown: "I will take 5 catches for 30 yards and win the game than have 10 catches, two touchdowns."

Oh, but JuJu Smith-Schuster wasn’t done. That’s because, while he may have just been speaking the truth about putting winning and team success over his own, he then fired one last apparent jab at Antonio Brown, talking about how there’s not much drama going on in the Steelers’ locker room these days.

JuJu was asked if there's a better vibe in locker room now: "The chemistry is on point. We don’t really have a, uh… Everyone’s on the same page. Everyone’s communicating. There’s really no, uh, how you say… drama in our locker room." #Steelers @937theFan

Now, who the hell knows if JuJu Smith-Schuster was taking aim at Brown specifically, but, let’s face it, everyone’s going to run with his words and think they’re about his former teammate. That’s because Brown is as prima donna as it gets, with him constantly seeking attention and never being afraid to throw someone under the bus to make himself look better. Just look at how he treated quarterback Ben Roethlisberger on his way out of Pittsburgh.

Although Big Ben has said that he handled the whole situation wrong and publicly apologized the other day, between himself and Smith-Schuster still referencing Brown, it seems like the entire culture around the team’s much more positive without the dude around, and they aren’t shy to talk about the big difference.