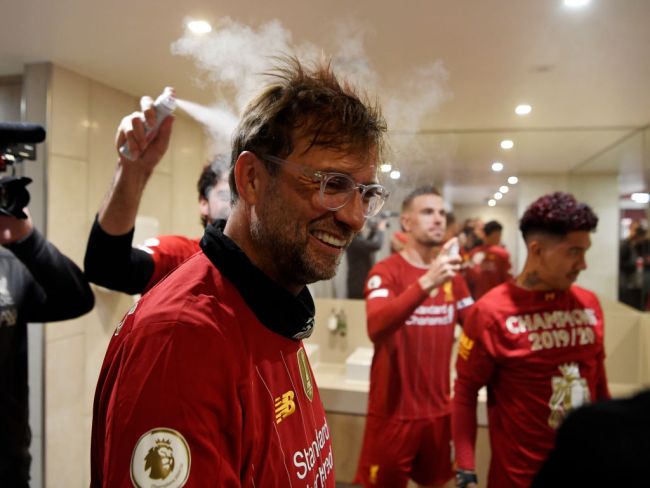 It was a tough weekend for your boy Ital, as there was no Premier League action thanks to the scheduling hemorrhoid that is international football. That’s right, despite the fact that there’s a global pandemic ravaging our little green and blue third rock from the sun, professional soccer players are still being shipped across the globe to compete in various international competitions.

To make matters worse is the fact that the last time I did get to watch my beloved Liverpool, they were getting their asses absolutely handed to them by Aston Villa in a 7-2 beatdown, leaving fans like myself close to two weeks to stew on the awful result.

Still, just because the Liverpool football team wasn’t in action over the weekend doesn’t mean the club wasn’t able to bring me any joy, as that’s exactly the emotion that was delivered when I came across this story of Jurgen Klopp writing a heartfelt letter to an 11-year-old boy who suffers from anxiety.

Even if you don’t follow the Premier League, you’ve likely heard of Jurgen Klopp, as the gregarious German is one of the most recognizable and respected coaches in all of the world’s sports. Just ask NBA Champion Steve Kerr, who namechecked Klopp following a massive Warriors’ victory in the 2019 playoffs.

RELATED: Jurgen Klopp Woke Up Legendary Man U Manager Alex Ferguson At 3:30 A.M. To Brag About Winning The Premier League

Perhaps more than his tactical acumen, Klopp is renowned for his authenticity and ability to man-manage, which are the exact qualities that shone through in his letter to 11-year-old Lewis, who wrote to the Liverpool boss to express his anxieties about starting a new school year. Klopp, of course, responded as only he could: “Can I start by telling you a secret? I get nervous.”

🗣 'Can I start by telling you a secret? I get nervous.'

🙏 Jürgen Klopp sent a personal letter to an 11 year old fan who wrote to the @LFC boss to tell him about his anxiety and stress of starting school.

Jurgen Klopp, man, truly one of the good ones. Up the Reds.