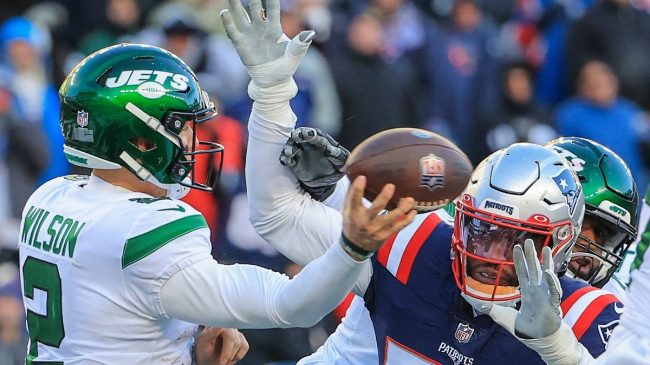 Zach Wilson has received plenty of flack after his dismissive response in the New York Jets postgame interview. However, he’s now getting absolutely torched again. All thanks to the sudden news of Chicago Bears quarterback Justin Fields showing a massive amount of leadership after the loss to the Atlanta Falcons.

According to Albert Breer, Fields took the time to apologize “to his teammates after Chicago’s loss to the Falcons in the lockerroom postgame.” It sounds like the Bears’ quarterback specifically directed his apology to the defense.

Little nugget I picked up: Bears QB Justin Fields apologized to his teammates after Chicago’s loss to the Falcons in the locker room postgame. Told them the defense gave the offense a chance, and the offense didn’t get it done.

Went a long way with guys, after he’d played hurt.

On top of that, it sounds like the Bears’ locker room is a lot closer because of it, per Albert Breer. Justin Fields took it amongst himself to put the defense at ease, but they reportedly “stopped him as he was finishing the apology, told him they had his back.”

My understanding is Fields’ defensive teammates stopped him as he was finishing the apology, told him they had his back. Really cool moment for everyone there, and a nice sign of where Matt Eberflus has taken the culture in Chicago.

As you can imagine, everyone is now roasting Zach Wilson. He did pretty much the exact opposite after the Jets’ offense played substantially worse than the Bears. He’s looked dreadful as of late while Justin Fields is thriving. Even so, Wilson is taking the brunt of the reaction to this news drop.

This really is a bad look for the Jets’ quarterback though.

It feels like the Bears might have a good one in Justin Fields. However, his leadership skills are bringing the team closer together. Maybe Zach Wilson figures it out down the road. But for now, it’s not looking great in New York.