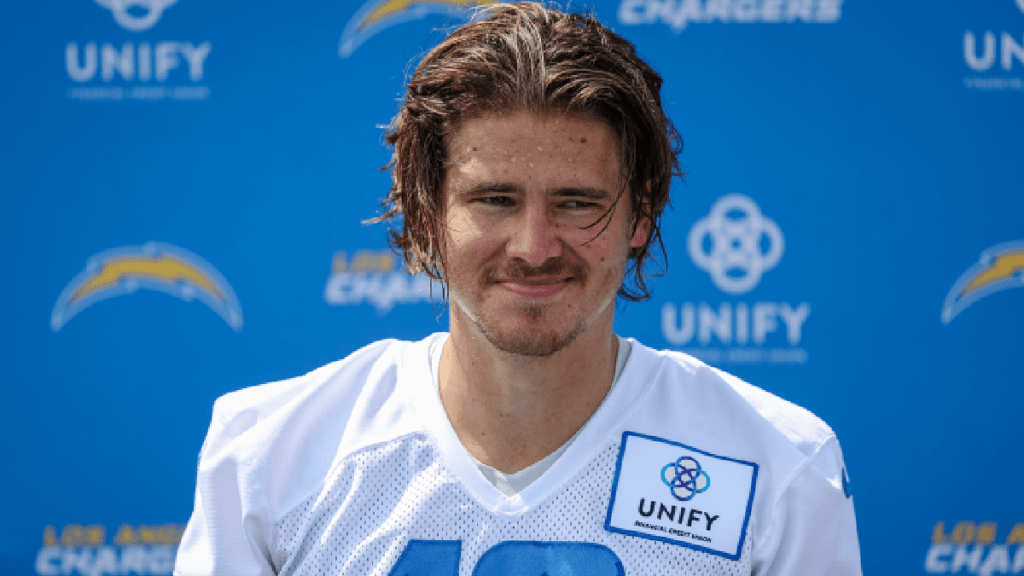 Justin Herbert and the Los Angeles Chargers host the Las Vegas Raiders in Week 1 of the 2022 NFL season. The last time these two teams met the Chargers lost 32-35 in an overtime loss to the Raiders, a brutal loss that knocked the Chargers out of the playoffs.

That’s the kind of loss you lose sleep over and it sounds like Justin Herbert has been laser-focused on reversing his fortune from last season. Speaking with the Associated Press this week, Herbert revealed just how important this first game against the Raiders is to him.

Chargers QB Justin Herbert reveals how important the Raiders game is to him.

Justin Herbert: “I know personally, I’ve been thinking about this one for the past six or seven months, however long it’s been. I know that everyone else has as well. For everyone to show up during OTAs, I thought that was huge growth for our team. We believe in each other just like the front office believes in us.”

Chargers QB Justin Herbert on rematch with Raiders: "I've been thinking about this one for the past six or seven months"https://t.co/mbNeLRyPOT pic.twitter.com/QDx5bgEVzT

This will be Justin Herbert’s third NFL season and third with the Chargers. He’s been one of the most impressive young quarterbacks in the league, setting a record for most passing TDs by a rookie AND most total TDs by a rookie. He’s the only quarterback to record 30 TD passes in his rookie and sophomore seasons.

Now he’ll hope to take his game to the next level.

Raiders and Chargers fans are getting chirpy over his comments.

Charger fans are ready to watch Justin Herbert go off this season:

He never says this kind of stuff. He’s about to go OFF

You mess with the bull…

The Las Vegas Raiders are currently 3.5-point favorites in the game. They won their last matchup and hold the mental edge there, but Herbert sure sounds like he’s ready to go off…