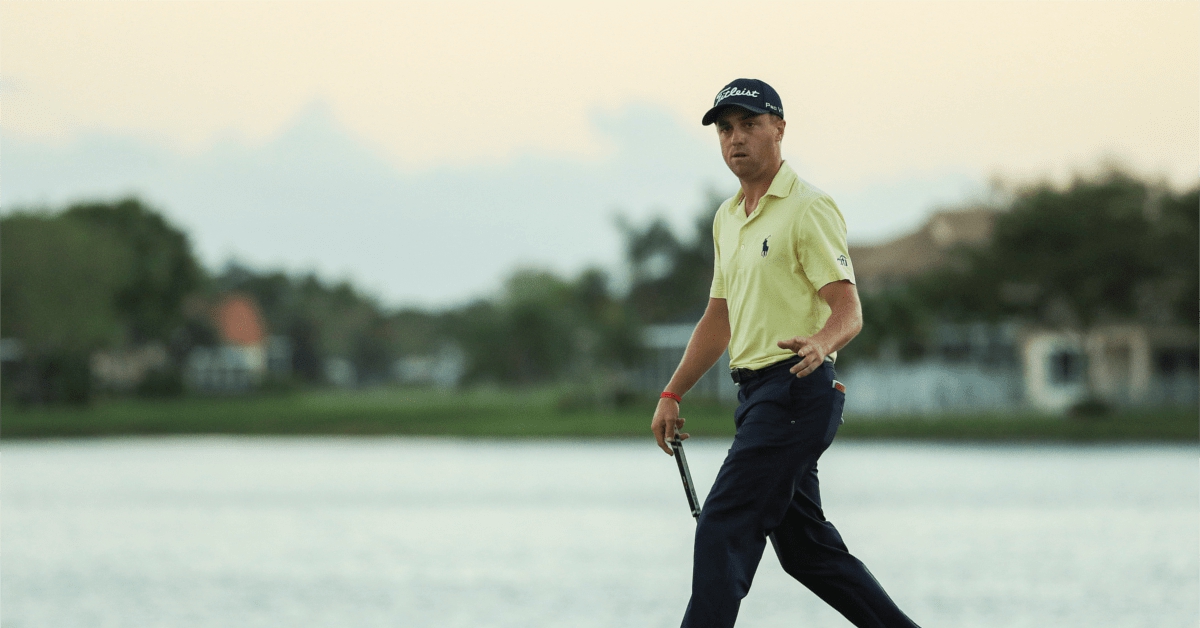 Justin Thomas defeated Luke List in a playoff Sunday evening to win the Honda Classic but his victory wasn’t without some fan heckling.

On the 16th hole of the PGA National Golf Club’s Champion Course, Justin his a nearly perfect tee shot to the dismay of at least one fan in attendance. While Thomas’ tee shot flew, a fan yelled “get in that bunker!” and JT could hear it.

The CBS mics picked up Justin asking, “who said that? Who yelled for that ball to get in the bunker?” and eventually telling him “enjoy your day, buddy, you’re gone.”

Hitting him with the “enjoy your day, buddy” is a phenomenal move.

I’m a huge Justin Thomas guy, I’m a big fan of him, his game, and the fact he’s a fellow Kentuckian. But in all honesty, JT needs to have some thicker skin than this. It’s a shitty and weak move to have a fan removed just for hoping your ball goes into a bunker. Toughen up, JT.

He should’ve been in a great mood too – on the 5th hole, Justin hit the luckiest golf shot I have ever seen. Nearly hitting his tee shot into the drink, Thomas’ ball hit a rock and damn near went in for an ace.