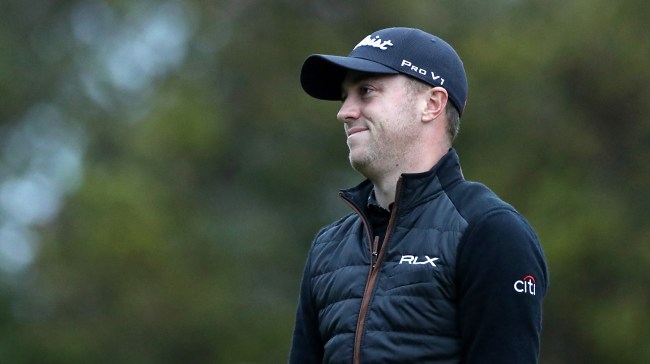 For the most part, golf without fans in attendance has worked from a viewer’s perspective. While those of us watching from our couches miss hearing the roars of crowds through our television, the product itself hasn’t taken a hit.

When the PGA Tour and other governing bodies announced that there wouldn’t be fans at events for the foreseeable future, it was no secret that major championships would take the biggest hit in terms of looks and feel from both a player’s standpoint and a viewer’s standpoint.

Last month’s PGA Championship was the first major we’ve seen without fans involved and we’ll see the same thing at this week’s U.S. Open at Winged Foot. Justin Thomas, who is a favorite this week in New York, was asked about what the PGA Championship felt like without fans and he explained that it didn’t feel anywhere close to a ‘real’ major.

“It didn’t feel anything remotely close to a major,” Thomas said during a press conference on Tuesday. “It is a shame because Harding and here are just two terrific major championship venues, especially here in New York with the very passionate fans that they have here. To not be able to experience that takes away a lot of a championship, let alone a U.S. Open.

Especially coming down the last nine and on Sunday, it’s going to, I think, have a big impact. At least I know I miss them, and I wish they could have been out here, but yeah, it’s night and day different.”

While the drama at the PGA Championship last month with Collin Morikawa coming down the stretch translated fine for viewers at home, based on Thomas’ remarks, it didn’t have that same sort of feel for those inside the ropes.

Thomas will be teeing it up with Tiger Woods and Morikawa in the first two rounds of the U.S. Open this week. While he said that it’s “easier” playing with Tiger when there are no fans on the grounds, it’s clear that he still misses the crowds.