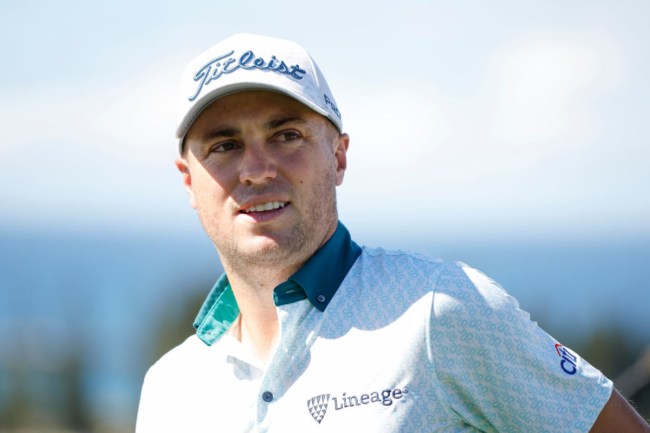 Months ago, when LIV Golf was simply just a rumor, the vast majority of people in the golf world drew a firm line in the sand. Media members and many golfers made it clear that they would bash and shun anything and everything involved with the Saudi-backed league.

Hating people because you disagree with their decision or opinion, in which they’re entitled to, is status quo in this day in age, especially in the United States.

While Thomas has pledged his loyalty to the PGA Tour every step of the way, he understands that people are entitled to make their own decisions.

Thomas may not like or agree with guys like Dustin Johnson, Phil Mickelson and Bryson DeChambeau jumping ship for a rival golf circuit, he possesses common sense and realizes not everyone shares the same beliefs on the matter that he does.

Instead of taking the easy route and joining the vocal group piling on the negativity towards LIV Golf, he’s going to let grown adults make whatever decision they want to make and not bash them for it.

“I’ve thought a lot about it, people are entitled to choose as they wish,” Thomas told the media at the RBC Canadian Open on Wednesday.

“I don’t dislike DJ (Dustin Johnson) now, I don’t think he’s a bad dude, I’m not going to treat him any differently now. He’s entitled to choose as he wishes.”

“I think that the day in age that we live in now, it’s just so negative. You see it in everything, sport, politics, whatever it is it’s like if you disagree with someone you just feel like you’re entitled to hate them, talk bad about them and bash their decision when everyone is entitled to their own opinion. It doesn’t make you a bad person.”

“I’m disappointed and wish he and others wouldn’t have done it, but that’s their decision. I’ve said it all along, guys can do as they wish.”

Common sense from a professional athlete, a rare site in the year 2022.