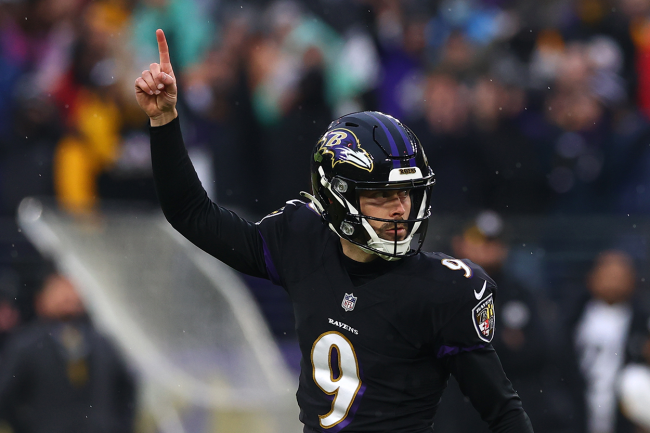 Earlier this month, a Cleveland radio station created a false rumor about Ravens kicker Justin Tucker. The goal of the dishonesty was to stir the pot, cause chaos in Baltimore and force the AFC North team to overpay its kicker.

Here’s the “report” from Cleveland’s @923TheFan that Justin Tucker is considering holding out. (He’s not.)

Of course, as is with anything on the internet, the rumor blew up and even garnered a response from Tucker himself. He wanted to be very clear that he was not holding out of training camp until he gets a new deal.

Considering that Tucker is already the highest-paid kicker in the league, it was quite a stretch to imagine that he would be refusing to play until he received more money.

Not holding out lol. Carry on!

Tucker, who is the most accurate kicker in NFL history, has connected on 91.1% of his field-goal attempts. He also holds the NFL record for longest field goal after hitting a 66-yarder in Detroit last season.

In addition to his impressive on-field resume, Tucker is also known to be quite the character and beloved by everyone.

And when he isn’t cracking up his team with his hilarious antics, he can be found blowing their minds with his opera-singing abilities. Tucker has some serious pipes.

After an offseason full of false speculation, Tucker was back in the Baltimore facility on Tuesday. And once again, he did not fail to entertain.

Ravens defensive back Marlon Humphrey filmed Tucker at his locker and hyped up his golf-ready outfit as the five-time First-team All-Pro kicker hit the Milly Rock.

That is my kicker 🥲 pic.twitter.com/GeMZujL8Ib

Tucker is clearly not holding out and is in great spirits, ready to drain kicks and putts.