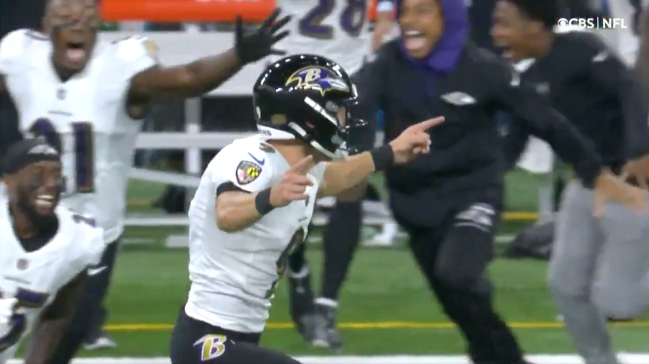 Justin Tucker just secured his name in the NFL record books in truly unbelievable fashion. The 31-year-old placekicker has been with the Baltimore throughout his entire 10-year career and there is a reason that the Ravens don’t want to let him go.

He holds the title of ‘Most Accurate Kicker in NFL History’ and just claimed the longest successful field goal in NFL history with an epic game-winner on Sunday.

The record, which previously stood at 64 yards, was unsuccessfully attempted earlier in the day. Matt Prater, who held the record from 2013 until today, tried a 68-yarder that was returned 109 yards for the longest play in NFL history.

A few hours later, the Ravens got the ball back with just over one minute remaining and faced a one-point deficit. After gaining 23 yards on six plays, Tucker trotted out with three seconds left to attempt an NFL-record 66-yard kick.

As time expired, Tucker put his whole leg into it. The ball soared toward the uprights but quickly began to die.

Did it have enough leg?! Just barely.

Tucker’s kick bounced off of the crossbar, hung in the air for quite some time, and then fell between the goalposts and in. Not only did Baltimore win the game in walk-off fashion, but Tucker officially holds the record for the NFL’s longest successful field goal.

It was nerve-wracking, it was intense, it was on-the-edge-of-your-seat EPIC.

DID THAT JUST HAPPEN?!?!

Naturally, after the kick went in, Tucker and his teammates went wild. The celebration was well deserved.

While the feat was certainly impressive, we must also take a moment and laugh at the Lions. Look at their reactions: 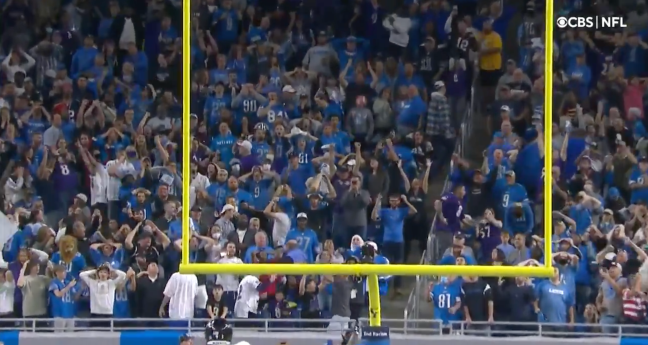 Detroit had a legitimate chance to win a football game and lost on a final-second, crossbar-bouncing, NFL-record field goal. LOL.