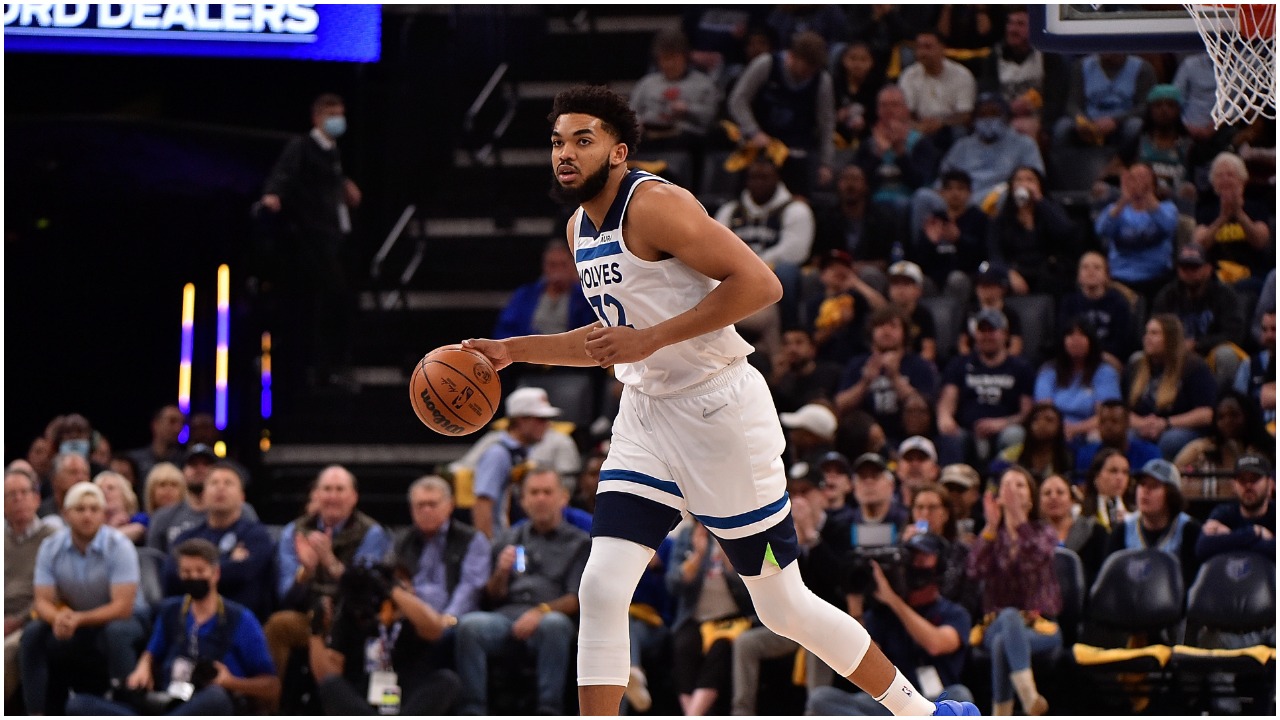 Karl-Anthony Towns is having a rough time in the playoffs.

On Thursday night, the Timberwolves blew a 26-point lead at home to lose to the Grizzlies and KAT didn’t help much by only scoring 8 points all game.

Before tonight, Towns had never taken less than 5 shots in a game. He took 1 shot in the second half. pic.twitter.com/u4WlE9YAdi

Before the Grizzlies’ big comeback, KAT could be heard talking trash on the sidelines.

“We in Minnesota now … we gotta come back to my house now.”

“We in Minnesota now … we gotta come back to my house now.”

After the game, KAT refused to answer questions on why he only took four shots during the game.

KAT’s at the podium. When asked about only having 4 shot attempts, he cuts it off and says “next question” pic.twitter.com/2glwYoMaPD

Fans took to Twitter to mock the Timberwolves big man after the game.

KAT during a Grizzlies timeout. “WE IN MINNESOTA NOW”

KAT really said “yeah we in Minnesota now” and then dropped 8 points and 5 fouls and blew a 20+ point lead TWICE in the same game. Get that dude out of here. He’s a bum

“We in Minnesota now” 🌽
KAT needs to be himself, the tough guy act don’t look good on him. pic.twitter.com/SLeNCvjQLj

KAT saying “We in Minnesota now!” And having the T-Wolves blow two separate 20 point leads is nasty business