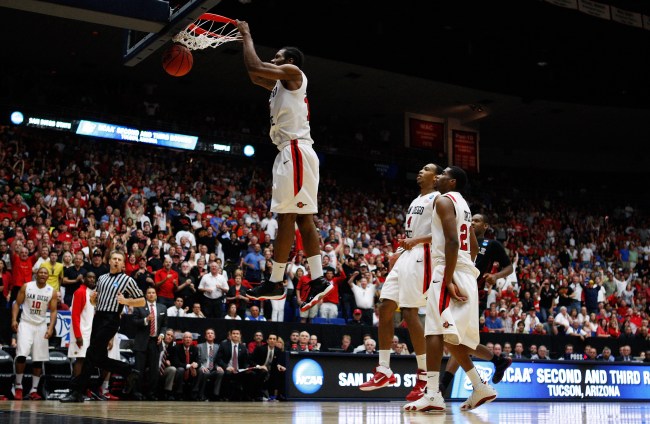 This week, we learned that Kawhi Leonard stores human body parts in the freezer and throws the M&M’s out of trail mix.

This natural conclusion comes in the wake of Kawhi’s college teammates revealing the odd trash talk he’d use while playing at San Diego State. The two-time first-team All-Mountain West Conference guard would say things like “Bucket. Bucket.” when the ball went through the net or repeatedly say “No. No. No. No” on defense. If he were grabbing a rebound, he’d say in a monotone voice, “Board man” or “Board man gets paid.”

After the Raptors Game 3 win, Kawhi spoke about the viral news without cracking a smile.

Kawhi confirms his taunt used to be “Board Man Gets Paid”!! . You are a saint @BSO for asking this. pic.twitter.com/dSuwl8fWi9

“I used to say that back when I was in high school and college, just wanting to get to this league. It’s about working hard, outworking an opponent. Rebounds help you win games, big rebounds, offensive rebounds, limiting the team to one shot. That used to be our motto, some of us in college (who) were trying to get to this point.”

Board man does get paid. Board man gets paid $20 million this season in salary alone. The dude may be an oddball, but he ain’t wrong.