Kawhi Leonard’s Raptors Teammates Reportedly Believe He’s Leaving For L.A. To Play For Either The Lakers Or Clippers Next Season 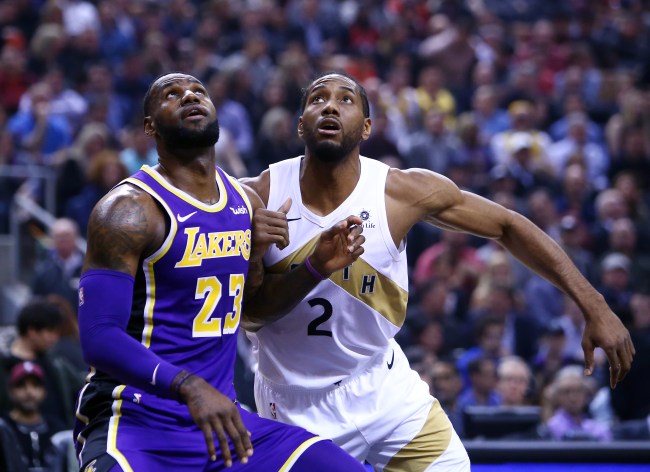 The Toronto Raptors are currently in the playoffs and the team’s executives are hoping that a deep run could lure Kawhi Leonard into staying with the team after this season.

Webster told Dan Woike of the Los Angeles Times on Thursday that the Raptors expect some correlation between the length of their postseason run and Leonard’s desire to stay, but they don’t believe it’s the only factor.

“Of course there is [a link between postseason success and Leonard’s potential desire to re-sign]. There is,” he said. “… It’s not all about what happens at the end of the season. It’s about what’s gone on to this point. From the day we acquired him, it’s the ground work.”

Bleacher Report’s Eric Pincus spoke to a former player who said Leonard’s teammates expect him to leave for L.A. next season to be close to his family.

One former player said Leonard’s teammates expect him to leave for Los Angeles after the season, although he didn’t specify which franchise. Outside of a few who suggest Leonard might choose the Lakers, it seems almost everyone around the league (dating back to last July) believes Leonard will join the Clippers instead.

Shams Charania (@ShamsCharania) on The Herd: “I don't think Kawhi Leonard is jumping for joy now that LeBron is a Laker. If anything, he’ll be more open to joining the #Clippers.”

Kawhi leaving would be a tough break for the Raptors who gambled their future on him.