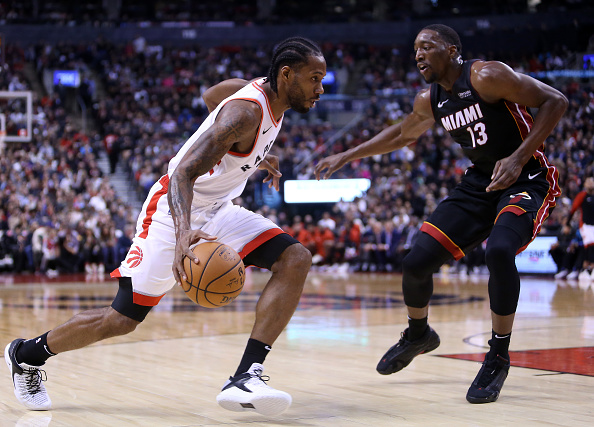 Before deciding he wanted out from San Antonio last year, Kawhi Leonard and his team decided to part ways with Jordan brand after turning down a fairly large deal to re-up with the brand.
Via ESPN

After turning down a four-year, $22 million deal from Jordan Brand in March, the company announced on Tuesday that it will let Leonard leave the company in October. Leonard will be free to sign with any shoe brand of his choice.

Today it was announced that Leonard inked a new sneaker deal with New Balance to become the face of the brand’s basketball sneaker lineup.

Leonard, 27, will serve as the face of New Balance basketball, with the company looking to re-establish itself in the basketball market.

The two-time NBA Defensive Player of the Year turned down an extension with Jordan Brand earlier this year, allowing him to become a sneaker free agent.

Of course the Internet had some hilarious reactions to “boring” Kawhi Leonard signing a deal with New Balance instead of Nike or Adidas.

kawhi’s footwear for his next game pic.twitter.com/wddJpVdYcs

These Kahwhi 2019’s prototypes kind of 🔥 not gonna lie pic.twitter.com/wSjZrNOWM8

Kawhi the most New Balance human on this planet

The most kawhi thing imaginable

These boys gonna be fire 👀 pic.twitter.com/yY2foTKXmr