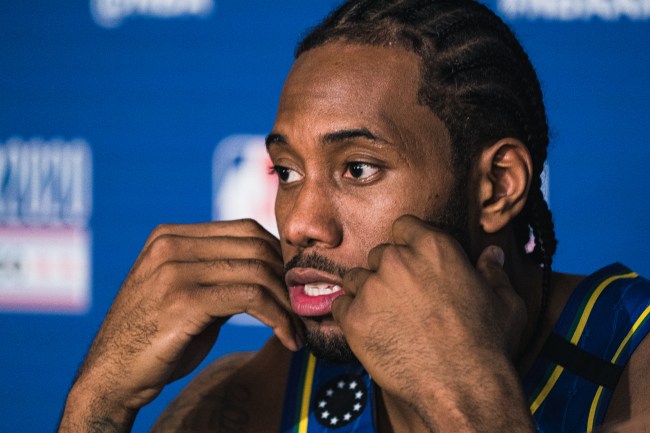 Kawhi Leonard is a study in contradictions. He says he’s a “fun guy” but hasn’t smiled since 1996. He claims to be fighting a knee injury but aliens don’t have kneecaps. He wears his own jersey in public even though he’d rather watch a Young Sheldon marathon than interact with a human being.

Kawhi, I feel like I’ve been following your career since Obama was in office and I still don’t know one concrete fact about you. Who the fuck are you dude? What do you represent?

This makes a lot more sense or a lot less sense after his daughter called him out for wearing the same outfit her entire life.

kawhi daughter think he collecting jerseys she ain't got a clue her dad a goat 😭 pic.twitter.com/cBufVVRP7v

I cannot confirm this, but I’m willing to guess that Kawhi powers on at 3:30 in the morning, puts a full uniform on (even on off days), sits at the kitchen table and eats a bowl of titanium bolts and screws while staring at a wall.

I’m more sure this is Kawhi’s routine than I am about Epstein not killing himself. And that’s saying something.