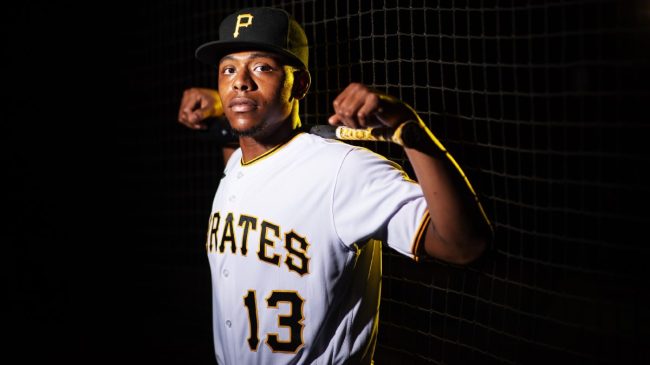 The Pittsburgh Pirates finally opened up their wallets on Thursday.

Known for being stingy, the organization often deals their star players away rather than opts to invest in the future.

This year, though, the front office is buying into its young talent. That talent comes in the form of Ke’Bryan Hayes.

Hayes had been a top minor league prospect in the organization before joining the roster full-time last season. Over 120 professional contests, the third baseman is hitting a solid .280 with 11 long balls and 66 runs driven in. A five-tool player, he’s also racked up 10 steals while boasting a .987 fielding percentage at the hot corner.

Hayes is certainly a player to build around in the Pittsburgh lineup, so when the Pirates got the opportunity, they locked him in.

The third-year player signed a massive eight-year contract worth $70 million. It is said to be the largest deal in the team’s history.

BREAKING: Ke’Bryan Hayes and the Pittsburgh Pirates are in agreement on a eight-year, $70 million contract extension that includes a club option for a ninth season, according to sources familiar with the situation.

The signing gave the team a bit of good news as they got set for opening day, but unfortunately, things would soon turn sour in true Pirates’ fashion.

Not even a full inning into the Pirates’ opener against the Cardinals, Hayes injured his left wrist while diving for a pop fly in shallow left field.

While the injury didn’t look serious, Hayes was removed from the lineup.

#Pirates Ke'Bryan Hayes walked off the field and into the tunnel after possibly hurting his wrist during this play. Left wrist (trainer unwrapped it and it was the only one wrapped)

No obvious discomfort. Monitoring. Here is the play he got hurt on. pic.twitter.com/kdDYuhbUti

It’s very alarming to Pittsburgh fans as Hayes missed two months of action with a similar injury early in 2021. Hopefully he’s not on the shelf quite as long this time around.

Pittsburgh fans were quick to react to the disappointment and irony of the Hayes departure.

**Hayes gets injured one hour into the season**

Bob Nutting: “this is why we don’t do this”

Hopefully Hayes can get back to the field very soon. If not, Pittsburgh has one more reason to expect a long season.