Ken Griffey Jr. Shared A Story About The Moment He Decided He’d Never Play For The Yankees 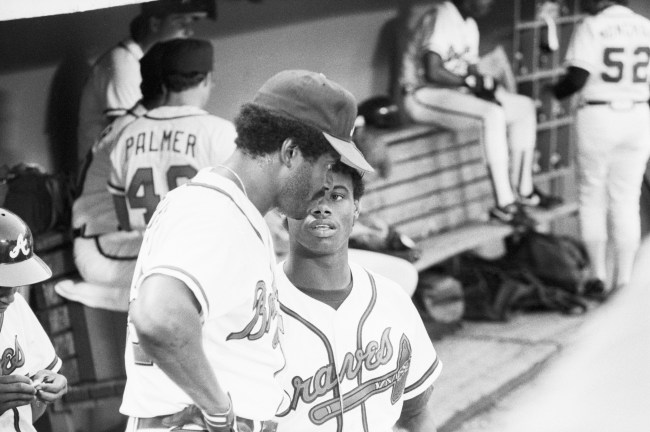 As far as I’m concerned, Ken Griffey Jr. had the smoothest swing that baseball’s ever seen. It’s hard to explain how or why, but his swing was actually cool. I remember trying to imitate it with friends back when we were all playing baseball growing up. Of course, none of us could come close because his swing was perfect and we were a bunch of unathletic turds but that’s just one effect The Kid had on the game.

Junior’s father, Ken Griffey Sr., played in the MLB from 1973 to 1991 and spent time with the Reds, Yankees, Braves, and Mariners. Dad was a 2-time World Series champion who collected 2,143 hits in his career and Ken Griffey Jr. grow up around the game of professional baseball in a way that most kids cannot ever comprehend.

Ken Griffey Jr. was a 13-time All Star and played at a time when George Steinbrenner would try to buy just about any player he wanted to make the Yankees better but the Junior never once considered playing for the Yankees. During Junior, an MLB Network special which aired on Sunday, he discussed the moment he knew he never wanted to play for the Yankees.

It all stems from a moment when Ken Griffey Jr. was in the dugout during practice and was asked to leave, but before Jr. went to the locker room his dad told him to “look at third base” where third basemen Graig Nettles’ son was fielding ground balls.

Wow, Ken Griffey Jr. had a really damn good reason to never play for the Yankees.

"Look at third base." pic.twitter.com/2v7DoBYyYC

Allow Mark Fischer of the New York Post to fill in the blanks on that video for you:

“Another instance was I came up to visit my dad and it’s just me and him,” Griffey Jr. said on the premiere of “Junior,” the MLB Network documentary that chronicled his life journey as the son of an MLB player to becoming a Hall of Famer. “And a security guard came up and says, ‘Hey, George [Steinbrenner] doesn’t want anybody in the dugout.’ My dad’s like ‘What? He’s my son.’ ”

Griffey Sr. then told his son to go into the clubhouse, but to first look at third base where former Yankee “Graig Nettles’ son [was] taking groundballs at third base,” the 50-year-old Griffey Jr. recalled, appearing shocked at the moment even three decades later.

“And at that time my dad was 38 years old, he was like, ‘I ain’t fighting this no more. I got someone a little younger and a little better,’” referring to Griffey Jr, who only a few later would become the Mariners’ first overall pick in the 1989 MLB Draft. (via)

It’s scary to think about how much better the Yankees could’ve been with Junior in the lineup but also somewhat comforting to hear a professional athlete discuss why he never wanted to play for the Evil Empire.