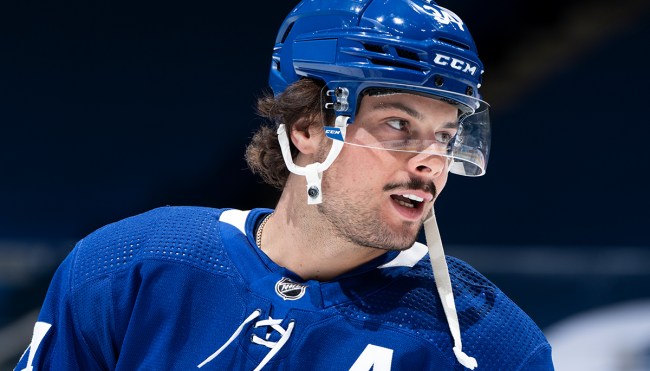 It looked like there was a chance the Maple Leafs had the chance to advance past the first round of the Stanley Cup playoffs for the first time since 2004 when they pulled out to a 3-2 lead over the Lightning back in May.

Unfortunately, history repeated itself yet again, as Toronto was unable to get over the hurdle that’s resulted in them faceplanting at the exact same point for the past six seasons and extended their winless streak in games where they had the potential to finally overcome it to ten consecutive contests.

This year was an especially frustrating one for Maple Leafs fans who had high hopes for a squad that looked like it had the potential to bring the Stanley Cup back to Toronto for the first time since 1967. That optimism was the result of an impressive core centered by Auston Matthews, who led the league with 60 goals and posted a very respectable 106 points over the course of the regular season.

Matthews did get a couple of consolation prizes when the NHL Awards were held in Tampa on Tuesday; by the time the evening wrapped up, the mustachioed star had earned the right to add the Hart Trophy (awarded by the Professional Hockey Writers’ Association to the league’s Most Valuable Player) and the Ted Lindsay Award (the NHLPA’s equivalent of the MVP) to his résumé.

When the ceremony finally wrapped up, host and diehard Lightning fan Kenan Thompson ended the night on a hilarious note, as he celebrated the spirit of the sport at the center of the event by delivering the perfect chirp, saying, “Congrats to Auston Matthews. It’s nice to see the Leafs winning something in June.”