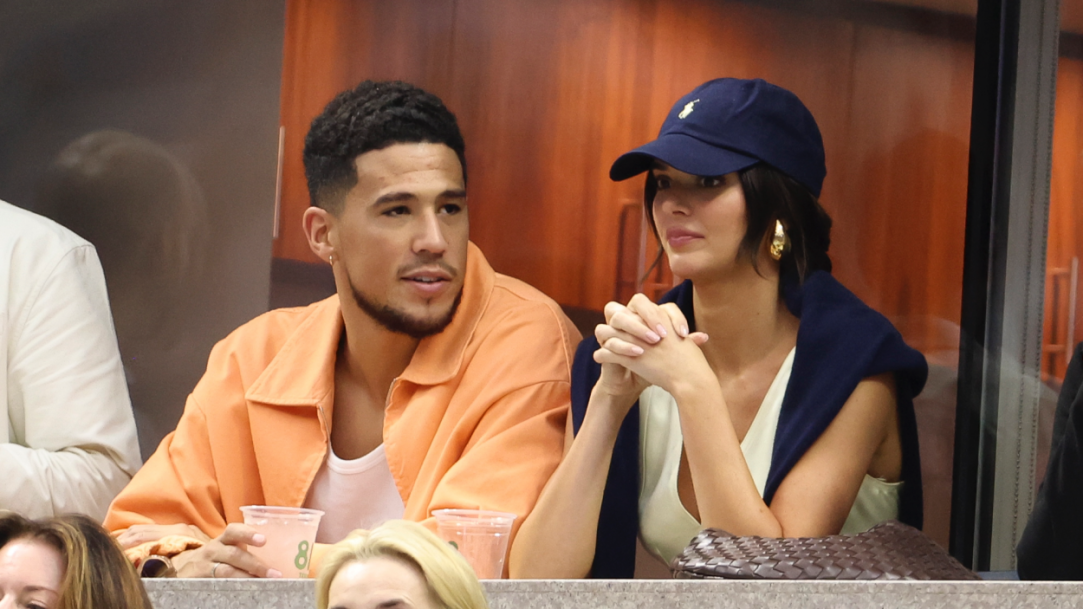 Kendall Jenner and Phoenix Suns guard Devin Booker have reportedly broken up If this sounds familiar it’s because they previously broke up in June before getting back together.

Suffice it to say, she has a type and that type includes ‘successful NBA player’. So when news broke that Devin Booker got kicked to the curb by Kendall Jenner NBA twitter had lots of jokes about which NBA player Kendall would be coming for next.

TMZ Sports was the first to report that Kendall Jenner and Devin Booker split up. Then the jokes started rolling in:

Another prediction on Kendall’s next relationship:

The Kardashian/Jenner curse has been lifted:

Every Suns fans seeing this because of the curse pic.twitter.com/c5T9fymo3n

There could be some upside for Booker:

Noooooooooooo Devin Booker is going to drop 100 on the Lakers

Possible cause of the split:

The reason for breakup: pic.twitter.com/vh16UWPV39

All of these NBA jokes aside, it’s clear that Kendall Jenner is about to end up with Pete Davidson. Never mind the fact he dated her older sister. The new Hollywood rules are everyone has to date Pete Davidson or Nick Cannon and Nick’s simply too old for Kendall so Pete it is.