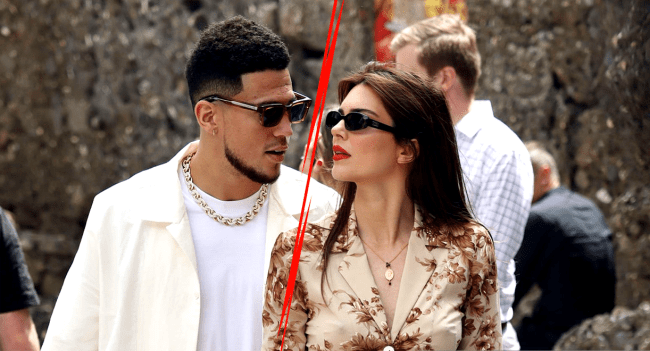 Love is officially dead. The Phoenix Suns will now finally win an NBA championship. Those are the two prevailing opinions on social media with regard to the reported break up of Devin Booker and Kendall Jenner.

According to E! News, Booker and Jenner, who have been together for two years, “hit a rough patch” recently and decided to call it quits.

The couple were last seen together in Italy in May for Kourtney Kardashian’s wedding where they reportedly had a “really nice time.”

However, according to the always reliable “insider,” once they returned “they started to feel like they weren’t aligned and realized they have very different lifestyles.”

Supposedly, it was Jenner, 26, who requested that they have some “space and time apart.”

Despite that, the two reportedly “have been in touch since” and, wait for it, still “care about one another.”

Last year, Kendall Jenner addressed the so-called “Kardashian Curse” regarding the men she and her sisters date. Jenner called it “offensive” that they are often blamed when any athlete who is associated with them are the victim of some form of bad luck and/or failure.

As expected, and sure to make Kendall Jenner upset, many NBA fans now believe the 25-year-old guard, free from the distractions of the Kardashian clan, will be able to lead his Phoenix Suns to the promised land.

Put your futures in on the Suns rn https://t.co/eN2zyqJ4fj

SUNS IN 6 NEXT YEAR THE CURSE HAS BEEN LIFTED 🔥 https://t.co/ltOMYxCBiR

Dropping 101 points first game of the season and winning sweeping through the playoffs. Mark my words

Others believe Jenner breaking up with Booker may have been a bit more calculated.

She’s going after Jordan Poole once he signs his new $100M+ contract https://t.co/zQmbnFTDdW