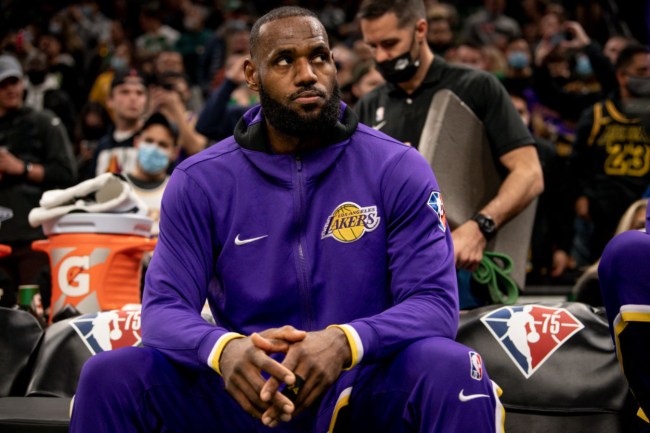 The Los Angeles Lakers are struggling big time. Not only is the team .500 at 16-16 on the year, but the Lakers have also lost three straight games now by an average of 13.6 points following their loss to the Suns on Tuesday night.

Things have not gone as planned with the new-look big three of LeBron James, Russell Westbrook, and Anthony Davis in LA. Yes, the injury bug has shown itself throughout the year, but when the three have been on the court together it’s been far from great for the Lakers.

Given the fact that this team looks nowhere close to being a real contender, even when fully healthy, some people are wondering whether or not James would be better off getting out of Los Angeles.

Kendrick Perkins is one of those people.

Perkins asked folks on Twitter if James would consider demanding a trade back to the Cavaliers. Cleveland is 19-12 on the year and has won six in a row, including 10 of its last 12 games played.

I wonder if Lebron James would consider demanding a trade back to Cleveland?! I mean the Cavs do have nice squad! Don’t mind me tho and Carry on…

Perkins is of course being sarcastic with his tweet here, or at least somewhat sarcastic.

It would be a shock to no one to see James try to jump ship as the going has gotten tough in Los Angeles, after all, he’s bounced around the league a handful of times throughout his career.

The difference in this situation is that all of the speculations is coming from the outside, not James himself. James hasn’t indicated whatsoever that he’s even entertaining a thought about bolting from LA.

If things continue to spiral downhill, however, maybe James does look to make a move, but that likely wouldn’t come until after the season.