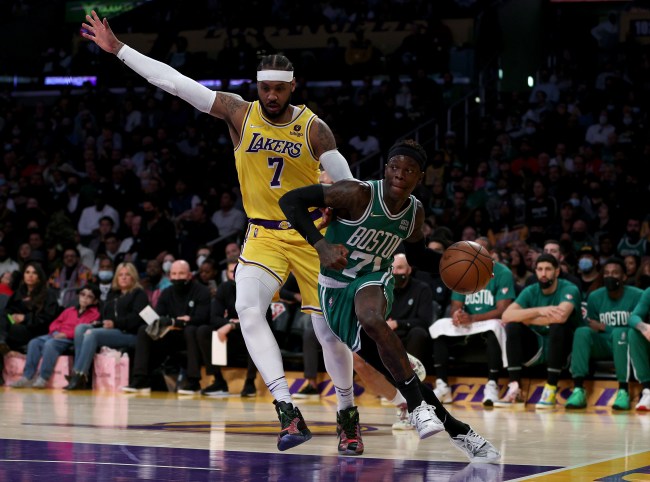 This year has not been what the Los Angeles Lakers expected. The Lakers thought their numerous offseason moves, which included acquiring Russell Westbrook, were going to lead them to another NBA title. That hasn’t looked to be the case so far.

Poor play and injuries across the roster have led the Lakers to a 16-15 record this year. That has them sitting in 7th place in the Western Conference right now.

There are many out there who think the Lakers are going to get it figured out once they are at full strength, but Tim Legler has a different view of their issues.

"I think the Lakers are done WITH Anthony Davis. They’re cooked!"

According to Legler, the biggest with the Lakers isn’t injuries. The biggest issue is poor defending that won’t improve enough to compete with the Western Conference’s best teams. He also doesn’t believe you can count on the Lakers to all be healthy at the right time.

Concerns about this team’s age leading to injuries and poor defensive play first surfaced as the Lakers assembled this roster. LeBron was quick to write off those concerns this summer. However, those concerns have been validated throughout the season.

The injury issues also have one more effect that could resonate throughout the rest of the season.

The Lakers have plenty of talent on their roster, but we don’t know if that talent will gel in the big moments. LeBron and Russell Westbrook are both very ball-dominant players and they are going to need to adjust to each other. They’re also going to need to find touches for Anthony Davis.

The lack of time playing together right now could be an issue later in the season.

Whether or not this team is actually “cooked” as Legler asserts remains to be seen, but it certainly isn’t looking good so far this year.