The Lakers Went Out And Got Old, Real Old, Which Seems Like A Bold Strategy 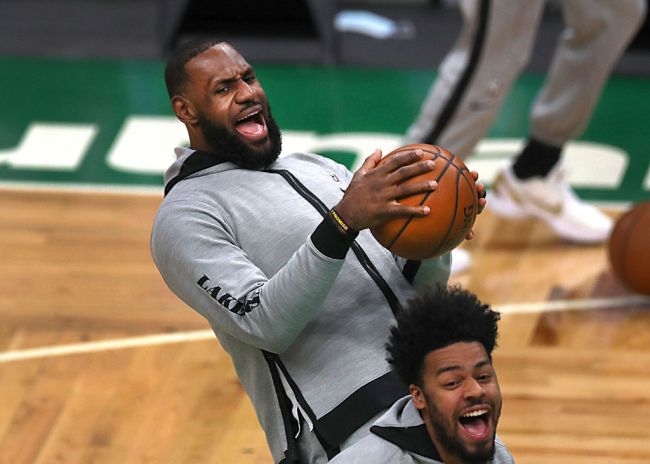 The Lakers implemented the strategy of ‘let’s acquire every veteran we can’ when the free agency window opened on August 2, and now, they’re the oldest team in the NBA.

The Lakers needed re-tooling if they were going to contend for a championship next season with LeBron James not getting any younger. So, they went out and got Russell Westbrook, Trevor Ariza, Wayne Ellington, Kent Bazemore, Dwight Howard, and Carmelo Anthony.

Westbrook and Bazemore are the two youngest players in that group at 32-years-old. The average age of those six players is a whopping 34-years-old, and Los Angeles’ roster now has a total of six players that are at least 35-years-old.

There is no sugar coating it the Lakers are old, real old, with the roster having an average age of 31-years-old.

So, why did the Lakers go this route?

James obviously had a say in all of this, but I think it’s clear that the Lakers wanted to get as much experience on the roster as possible and hope these veterans are hungry to make a legitimate run next season.

The main concern for the Lakers next season will be keeping the trio of Anthony Davis, James, and Westbrook healthy. If one of those guys goes down, Los Angeles will be in trouble, but this time around the team can rely on vets if a worst-case scenario does occur during the season.

This is the third time the Lakers have completely wiped away the previous year’s roster since James arrived in Los Angeles four years ago.

It’s clear that the Lakers are in win-now mode and they think getting older was the strategy to move forward with.