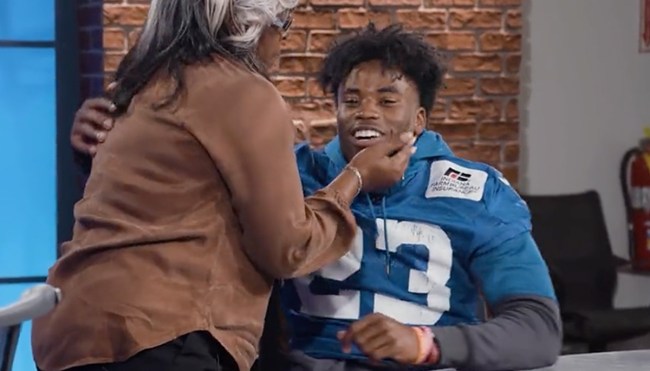 The phrase “some things are bigger than sports” might be fairly cliché, but as we’re routinely reminded whenever a team or fanbase rallies around an off-the-field cause, there’s a reason it’s such an oft-repeated maxim.

We’re reminded of that fact on a yearly basis thanks to the awards that most professional sports leagues hand out to honor the players who’ve gone above and beyond when it comes to doing what they can to make the world a better place. That includes the NFL, which pays tribute to the legacy of Walter Payton with the Man of the Year Award named in his honor that’s given out each season.

Each of the league’s 32 franchises gets to nominate one player they feel best embodies the spirit of the trophy, with each person getting $50,000 donated to their charity of choice (the overall winner receives a $250,000 sum and the chance to wear a patch commemorating the achievement on their jersey for the rest of their career).

On Tuesday, the names of the players who were picked to represent their squad for the 2021 class started to trickle out, and we were treated to an incredibly wholesome moment courtesy of Indianapolis Colts cornerback Kenny Moore II, who got an unexpected surprise from his mom after she crashed what he thought was going to be a routine interview.

Moore got the nod for the work he’s done to raise funds for pediatric patients after befriending “Mighty” Mason Garvey, who was diagnosed with stage 4 Embryonal Rhabdomyosarcoma at the age of seven in 2018. After they met, the defender made frequent visits to the hospital where Mason was being treated, sat alongside him at a number of sporting events where he was his guest, and invited him to run out with him on the field prior to a game in 2019.

Mason passed away in 2020, but Moore has remained close with his family (he also paid for the funeral costs) and launched the “Mighty Mason Fund” in the wake of his death to give kids like him the opportunity to participate in a variety of events while battling similar diseases.

Moore paid tribute to Mason after the Colts defense shut out the Texans in a 31-0 victory on Sunday, and he returned to Twitter to post a humbled reaction to the news shortly after learning about the honor.

true honor. representing so many people other than myself. Love.