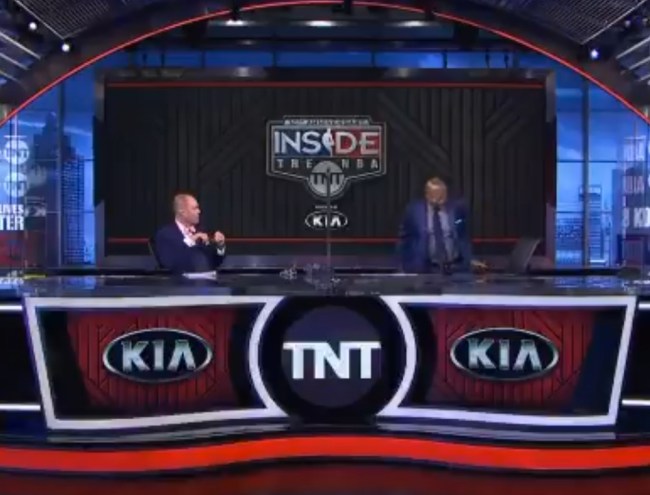 In support of the Milwaukee Bucks and the rest of the NBA players boycotting today’s playoff games, NBA analyst Kenny Smith walked off the set of “Inside the NBA” on Wednesday evening.

The former player decided to not participate in the show following the postponement of three playoff games and wanted to show solidarity with the boycotting players.

The 55-year-old explained on-air, “I think the biggest thing now, as a black man and a former player, I think it’s best for me to support the players and not be here tonight. We’ll figure out what happens after that. I just don’t feel equipped to be here.”

An emotional Kenny Smith walks off the Inside The NBA set to support NBA players boycotting games pic.twitter.com/RTH9evMT8g

NBA host Ernie Johnson showed his support for Smith’s decision and told his co-host, “I respect that.”

The Bucks never emerged from their locker room ahead of Game 5 as the Magic warmed up. As the clock counted down to tipoff, Orlando’s team walked off the floor and returned to their locker room.

Bucks players made the decision together pregame to boycott the game and not play, according to Shams Charania of The Athletic.